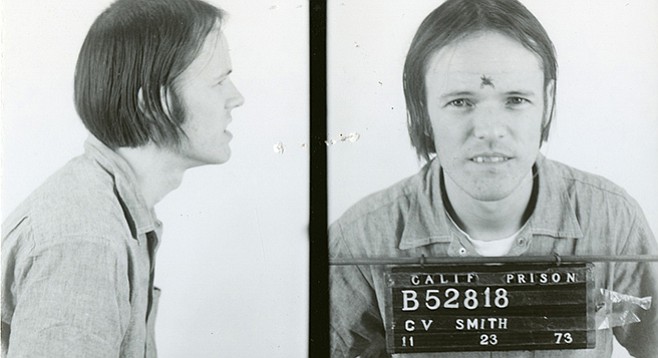 The King is dead

In 1966, Craig Smith was friends with Beach Boy Mike Love and Monkee Mike Nesmith. Smith was a successful songwriter and singer marked as a potential pop star.

By 1969, he believed he was the future “King of the World.” By 1973, he had tattooed a black widow on his forehead and serving time for attacking his mother.

By the mid-1970s, Smith was pretty much homeless on the streets of Studio City until his death in 2012.

Now Smith’s life is the focus of a new book, Swim Through the Darkness: My Search For Craig Smith and the Mystery of Maitreya Kali (Feral House), written by Loons lead singer Mike Stax, publisher of the music zine Ugly Things.

“Craig really could have been a huge star, or at least had a successful career in the music business,” Stax said. “But rather than just failing, it went horribly wrong in the complete opposite way. He ended up on the fringes of society, thrown away, cast aside into the gutter.”

Smith’s mental illness may have been exacerbated by massive amounts of LSD and PTSD suffered after being attacked and sexually assaulted while in Afghanistan in 1968.

By the time Smith got back home to Los Angeles, he was telling people he was Maitreya Kali, a living deity who would be crowned King of the World by 2000.

Despite having songs recorded by Glen Campbell, Andy Williams, and the Monkees, most of Smith’s own recordings were never officially released during his prime years. 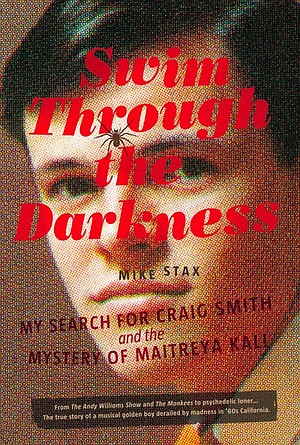 For years, Stax tried in vain to interview Smith and perhaps help him get off the streets. It never happened.

The one exception is “Apache/Inca” a vanity record he had made in 1971. Stax believes it was Smith’s last stab at getting his music heard before his mental illness completely took over his mind.

Original copies sell for thousands of dollars, but Stax was surprised by how much he liked it.

“Based on the cover art, I was very surprised it was coherent,” Stax said. “How could this guy who was clearly schizophrenic make this beautiful, well-thought-out music?”

For years, Stax tried in vain to interview Smith and perhaps help him get off the streets. It never happened.

Now Smith’s ashes are sitting on top of a bookshelf in Stax’s La Mesa home, claimed from the Los Angeles County Crematory after Stax learned Smith’s family didn’t want them.

“My plan is to start a GoFundMe to pay for a burial plot up in L.A., at Hollywood Lawns in the valley,” Stax said. “The estimate I got from the cemetery is over $10K, but I think people will step up and help make it happen.”