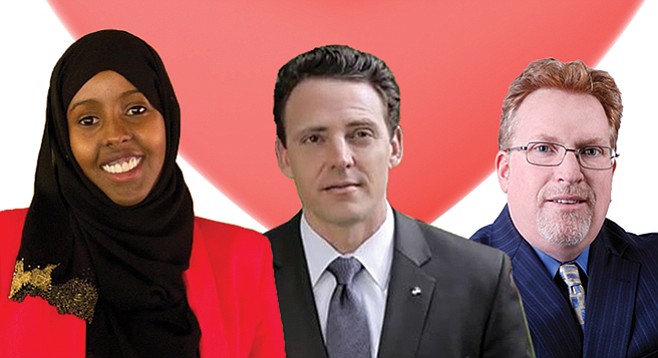 San Diego mayor Kevin Faulconer, whose hopes for statewide office took a big hit from this month’s city-council rejection of his plan for a hurry-up $5 million November special election on SoccerCity and a hotel tax boost, is taking fire from both Republicans and Democrats. In the case of the GOP, opposition comes from some top party faithful who, with 20/20 hindsight, are faulting the mayor for casting his lot with wealthy La Jolla hedge-fund maven and political neophyte Mike Stone. 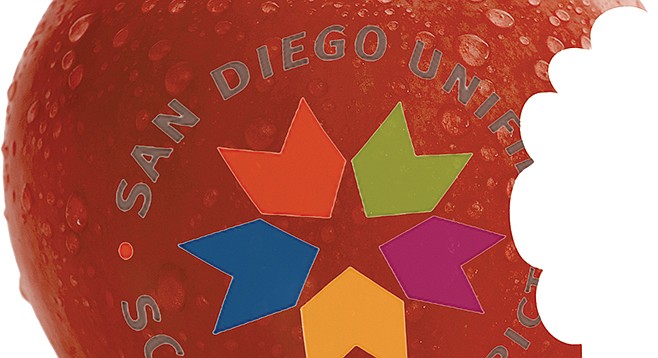 Staff got breakfast, lunch, snacks, plus gift cards and tee-shirts.

In addition to drawing the wrath of longtime Republican party donors Tom Sudberry and H.G. Fenton, Inc. — deep GOP pockets who were unceremoniously left out of Stone’s ballot-box scheme to privatize Qualcomm Stadium — Faulconer also stands accused of being in denial about the impact on his governance of his party’s city-council losses last year. The mayor and his staff are said to have underestimated the organizing clout and nonprofit financing of council Democrats and their big-labor backers.

Among those showing up en masse to speak against Faulconer’s plan at the contentious hearing were members of the Partnership for the Advancement of New Americans. Top funders of the two-year old organization include the California Endowment, with $125,000; the Encinitas-based Leichtag Foundation, $100,000; and California Calls, partially funded by the Barbra Streisand Foundation, with $40,000.

“PANA develops leaders from refugee backgrounds to authentically engage on and advance issues and public policies that promote health and improve the quality of life of their families and broader community,” says the group’s profile at Guidestar.org. The nonprofit is also “Working with Syrian newcomers to build community, identify needs, and develop realistic strategies to achieve self-sufficiency.”

Founder Ramla Sahid, per the online profile, “has over a decade of experience as a community organizer, three years of leading health policy efforts in Sacramento, and is committed to advocacy and policy projects that address racial disparities.” In February, Sahid assisted in the drive that ended in an 8-1 council vote condemning president Donald Trump’s executive order on immigration. In addition to its refugee members, the nonprofit’s board boasts some familiar faces from San Diego’s political scene: former Republican assemblyman–turned–Democrat Nathan Fletcher, regarded as a likely candidate for the board of supervisors next year, and attorney Cory Briggs, a key player in the city’s long-running legal battles over expanding its convention center. …

Meanwhile, in other nonprofit political news, giant Arkansas-based retailer Walmart has come up with $15,000 for Faulconer’s One San Diego charity, which he uses to pay for Thanksgiving turkeys he hands out in poorer parts of the city. Other contributions made by special interests at the mayor’s behest, according to a May 18 disclosure report filed with the city clerk, include $5000 for One San Diego from Mitsubishi UFJ Financial Group’s Union Bank, and $6500 from David A. Bialis, recently retired head of San Diego and Orange Coast — California Operations at Cox Communications, Inc., for the La Jolla Playhouse.

Still can't believe the CA Attorney General hasn't cracked down on Kev-boy's 1 San Diego personal slush-fund. How can anyone believe it's a "charity" when its stated purpose is "to relieve the City of San Diego of the costs and burden of conducting activities on behalf of the office of the Mayor of San Diego, such as providing instruction to staff and maintaining work spaces?" Since this isn't for any mayor of San Diego only Kev-boy, it's absolutely a private foundation and should not be tax exempt.

Although 1 San Diego shows Kev-boy's contempt for the electorate has been there from the very beginning, this SuckerCity fiasco reveals that now he thinks he can roll the big money men. Can't wait to see how that works out for him.

On a different note: don't see how the lede or the SDUSD logo picture caption about stiffing students belong with this story.

Cassander, it's difficult to take you seriously with your use of "Kev-boy,"

There's nothing wrong with using nicknames for politicians who are either stupid, incompetent, sycophantic, sleazy or possibly downright corrupt. Why would our mayor deserve any respect, especially after the SoccerCity fiasco? Using "Kev-boy" simply implies that he's part of the good ol' boy network, which he is.

I can't take credit for christening Faulconer "Kev-boy" (I believe Visduh gets that honor), but dwbat is absolutely right that it fits him as the frat boy Establishment puppet he is. Every time I see him speak, I can only picture Jerry Sanders' hand up his back making his lips move. And how more sleazy can someone be than to use your own PR mill as a charity front? As even the Union-Tribune noted, there's no there there when it comes to any policies or beliefs beyond his own ambition. He's nothing more than a bully who grovels before those above and kicks at anyone he thinks beneath him.

Like I said, beyond revealing his innate mean-spiritedness, I believe this episode shows he got too full of himself and made the mistake of taking sides among the developer and hotelier oligarchs who really run this city. And I think it's the beginning of the end for his career in elected office.

You beat me to it. I was just about to claim my prior use of "Kev-boy" when you gave me the credit. I cannot say that my use was based on the things you mention. It just seemed to fit. I used that sort of thing to refer to our recently-replaced president, and caught hell from my wife for doing it. I just have a mean, nasty streak when it comes to nicknames, even though most people who know me see me as a nice guy.

Otherwise, I fully concur with your comments, especially the last sentence.

Another ship of fools with Faulconer as the captain.

fools with a plan

If Kev-boy continues on his current path, he might be compared more to the captain of the Titanic.