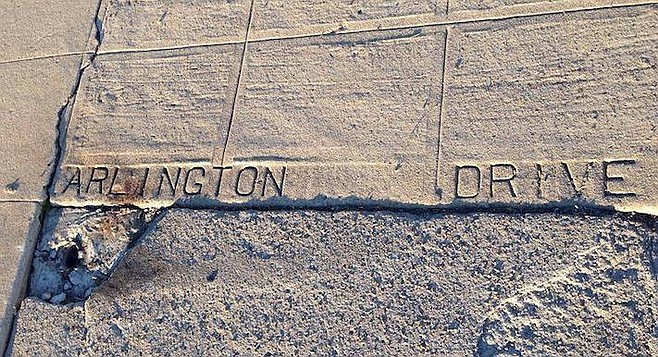 Last year, Eric DuVall was named President of the Ocean Beach Historical Society. Duvall has a minor obsession with the sidewalks and streets of OB and Point Loma.

"I used to just walk around and/or skateboard around and look at these things."

“As a teenager, the sidewalk stamps, dates and contractor, was something I got into - completely randomly — in the late '60s! But at the time, I was probably 13, I just couldn't believe the sidewalks were that old,” he told me. “A lot of the sidewalks in OB, including my own, were poured in the '20s which seemed super old to me then. 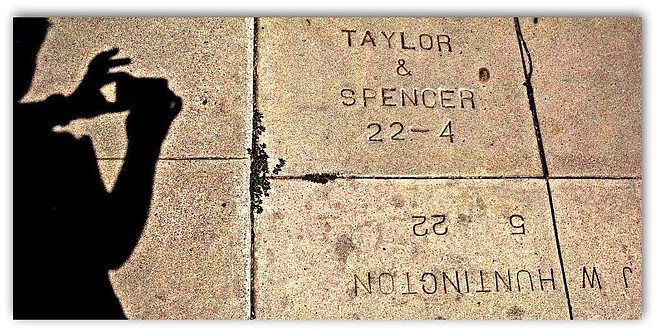 DuVall can even tell you about most of the contractors.

'I used to just walk around and/or skateboard around and look at these things, trying to find the oldest ones and more or less cataloging them in a very unorganized way.

"I developed this great plan to make a big chart."

"So I developed this great plan to make a big chart to document the sidewalks of OB, with overlays, color coded, etc. as to when the various sidewalks were put in and by whom, etc. Seemed like a great idea to me at the time . . . but I never did it!” 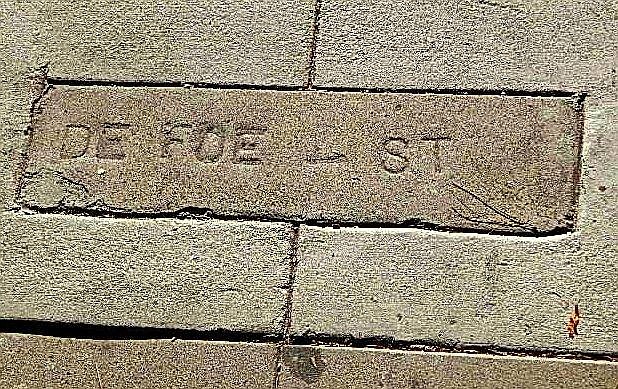 In 1968 there were still eight locations where it said Defoe St.

“Fast forward 40 years - I was living in OB again, and I started to notice the all-access ramps going in, and I became concerned that we were losing some of our history unnecessarily. So I went looking for all the cool stamps that I remembered, and did find some, but many were already gone. 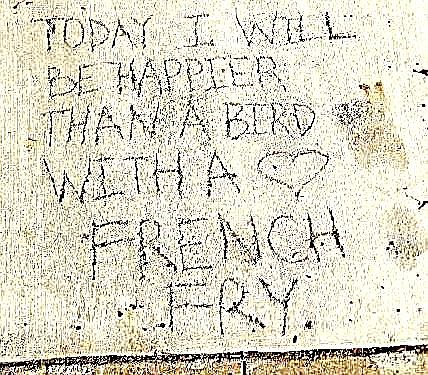 “Some people sent me ideas or photos."

"I managed to get a few only weeks before they disappeared, but many are completely gone. So, a few years ago I started putting some of this stuff, mainly sidewalk anomalies etc, on the Vintage Photos of Point Loma & OB Facebook page, in a little feature I called Sidewalk Sunday.”


‘Very surprisingly people were in to it,” he continued. “Some people sent me ideas or photos of something interesting they had seen in a sidewalk. I also put together a little stylebook, illustrating the various sidewalk patterns that have been used over the years.” More pictures.

As part of the Ocean Beach Historical Society’s monthly lecture series, DuVall recently gave a two-hour power-point presentation explaining how history is written in the sidewalks; he can even tell you about most of the contractors who worked in OB and Point Loma.

“My wife and I really enjoyed it, “ attendee John told me. “It was absolutely fascinating. We learned so much and even noticed a 1952 stamp on the walk home. It opened a whole new world to us, we had no idea.”

“One [street] that most people know about is DeFoe Street, which is now Sunset Cliffs Boulevard,” Duvall explained. “There are a number of other streets like that where the name of the street has changed but the previous name remains stamped in the sidewalk. Another example is Narragansett Avenue; at one time it was Arlington Drive. The city supposedly has a policy that sidewalk stamps are to be saved if possible, but a very few are saved, maybe less than 25 percent.”

The requirement to preserve sidewalk stamps came about in 2003, but the city of San Diego’s building records only go back to 1955, which leaves one big unanswered question for DuVall: “What IS the oldest sidewalk on the point?”

Eric, here is a photo of a stamp in Normal Heights. This one at Madison and Iowa may be the first one stamped in the neighborhood. Or, at least it's the oldest stamp left in place.

That is a great one Suzie. They wouldn't even think about trying to save that one - if that sidewalk ever got replaced - just because the concrete is so cracked around it. I wouldn't be surprised if there weren't a few older ones in your neighborhood. There are a few older ones in University Heights that I know of, and I wasn't really looking for them . . . just walking around. 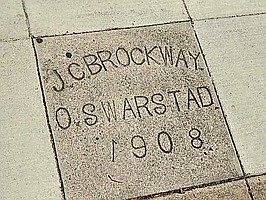 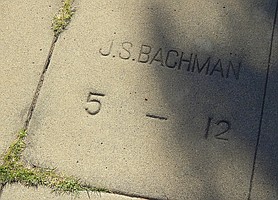 Here's a contender for second oldest (so far), 3900 block of Centre St in Hillcrest 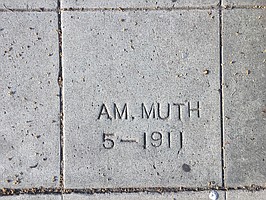 Davincher and Mat, There are 257 sidewalk/curb stamps in Normal Heights, ranging in age from 1913 to 1949. Plus there are 45 "youngsters" that aren't (yet) old enough to meet the City's historic preservation standards. I have pictures of all 302.

Many stamps were obliterated by the PC wheel chair ramps.

Suzie, I will defer to you on that Normal Heights stamp in that case! You are light years more organized than I am. (This is Eric btw.) There are probably older sidewalks in the neighborhood, but that may well the the oldest stamp to survive. Isn't that a shame? This 1912 F. Taylor stamp in OB (there are at least 6 of these remaining) is the oldest one I can still find. There were for sure pre-1910 stamps when I was a kid. Kitty McDaniel found this nice 1908 Doty & Mitchell stamp right on Grand Avenue in Pacific Beach! 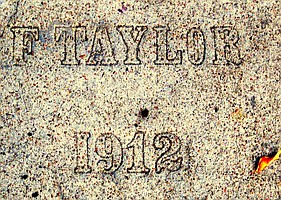 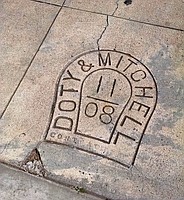 For a long time, this 1898 Over Sidewalk on Laurel, at about Front Street - i think - was the oldest sidewalk I knew of. Yes, it has been intentionally defaced. (Some day I may try to go over and clean this one up with a nail.) Then a guy hipped me to this one over on Fifth Ave at Juniper. 1896! I hope it is still there. 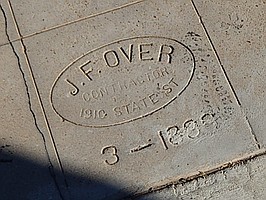 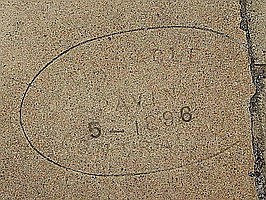