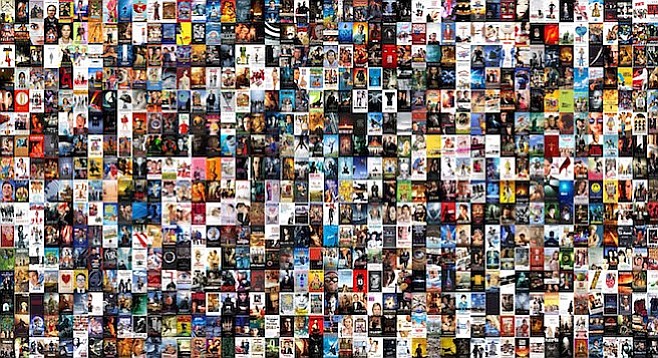 They don’t care if their picture sucks

Critics and fans alike are calling 2016 a terrible year for movies. That would be the case if all one took in were the blockbusters and the well-intentioned message pictures that round out the list of this years biggest moneymakers and awards-hopefuls.

Stop banking on Hollywood, because other than the money you bring them the studios don’t have time to fret over whether or not their franchise work pleased viewers. The fact is, they don’t care if their picture sucks as long as it rakes in millions of bucks. Case in point: Captain America: Civil War and Batman v Superman: Dawn of Justice.

Of the 200-plus films surveyed this year, at least 30 are top ten worthy. And gosh only knows the last time two films by the same director cracked the list. (It was a Pablo Larrain kind of year).

Since 1977, I’ve been keeping a log of every film I see (ranked in order of personal preference), screening venues, my personal star-rating, and a reminder if it was shot in ’Scope. (Don’t ask.) Needless to say, I’ve gone back and filled in the pre-1977 years. I’d send you a copy, but the thing is so damn heavy that it’s not easily transportable. 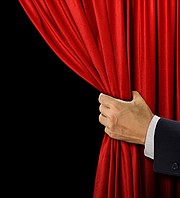 Linked here you'll find this year’s list of movies viewed. A few obscure symbols dot the the landscape, the key to which is listed here:

My choices for the year’s top ten movies can be found here. Matthew also joined in the fun by posting his own personal preferences. What follows is my list of this year’s notable screenplays, performances, cinematography, and a few other loose ends.

Director: Consult the list. The titles of their films are in bold.

Animation: Kubo and the Two Strings, Boy and the World, and Moana.

Biggest laugh-getter of 2016: Nothing came close to The Brothers Grimsby.

You loved ’em, I didn’t: Moonlight, Manchester by the Sea, Deadpool.

Biggest disappointments: The Lobster, Elle, and little something called Silence.

Number of this year’s Top 20 biggest grossers that I made it through: 5.

Walk out: I aborted Bridget Jones’ Baby after 40 minutes.

Must comment since you dismiss my two absolute faves in a long time (not just 2016) and essentially ignore the wonderful similarly populist-themed western "Hell or High Water." I thought all three films were tributes to regular people in an otherwise totally Donald Trump year.

Kenneth Lonergan's "Manchester-by-the-Sea" is an uncanny pitch-perfect original screenplay/portrait of roughneck working-class mostly Irish-Americans who actually live in every way far north of Boston. Some of them work on boats. These people embrace the lives they have and are loyal to their tribe; some habitually drink way too much and get into fights in dive bars, but they are funny and unostentatiously caring as they struggle to do right by one another in the face of unexpected devastating blows from illness, addiction, divorce and tragic early deaths.

And the same thing goes for "Moonlight" -- an original screenplay about a black child who grows up motherless in Miami's tough Liberty City neighborhood. But because of the kindness of strangers, he learns to stand up for himself as he becomes a gay man.

I'm done talking about "Moonlight" lest someone else brand me a racist for daring to point out the obvious: there’s nothing tasty in this pot of cliche stew. I guess that also makes me a Holocaust-denier for disliking "Schindler's List."

If there's a finer, more dependable actor than Jeff Bridges currently at work, please point me in his direction. Sure, he's been in a few bad movies, but never at his expense. Compare his filmography to that of De Niro or Pacino and you'll find the hits far outweigh the misses. And unlike those two heavyweights, Bridges has never once lowered himself in toxic sludge like “Stardust” or “Jack and Jill.” (The "Tron" remake came close.) His performance in "Hell" isn't bad, if you like imitation Wilford Brimley. We've seen this character trotted out many times before and for once, Bridges brings nothing new to the party.

In the original “Dirty Harry,” Clint Eastwood bombards his young Mexican partner with a series of racial epithets as a means of toughening him up. I was 16 the year it came out and remember being blown away by the rawness of the exchanges. That was 45 years and many variations on a theme ago. Other than adding a dash of comic relief, It served no purpose in this context.

As for the President-Elect’s impact on cinema, enjoy this clip from "Grimsby." 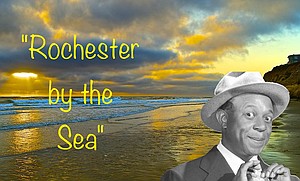