Best suited for those who found brilliance in Beasts of the Southern Wild, here comes a hackneyed tale of a young black man’s passage from childhood to maturity in a tough Miami neighborhood. Bullying, poverty, closeted sexuality, drug abuse, and racial strife combine to form an overworked agenda of cultural woes that’s more concerned with rubber-stamping issues than telling an original story. Suffocating close-ups, rocking-chair camerawork, and a few unnecessary 360-degree pans lifted from the Christopher Nolan playbook do little to elevate the visual storytelling, while the script — based on the life of playwright Tarell McCraney — is content to churn out one cliché after another. The three actors who share the lead are all first-rate, while Mahershala Ali actually manages to breathe new life into the character of a good-natured drug dealer. That’s more than can be said of Naomie Harris’s standard-issue hysterical crack mom. Here’s just what liberal-minded, visually challenged Academy voters need to make up for last year’s lily-white ceremony. I predict Oscars all around. Written and directed by Barry Jenkins. (2016) — Scott Marks

I'm not sure I've seen a review begging for attention quite like this ever. You couldn't even keep your political views out of it. Hysterical.

Thank you so much for giving me the attention I so richly solicit. I didn't like a movie that most critics hailed and the public won't see. Occupational hazard. What else is new?

It's breaking records in limited release. It's already being seen by "the public". You just saw the unanimous praise, the possibility of recognition, and you pounced on it. Way to go, spoiler.

It's playing to an audience of converts. I'll take a shared experience over a guilt-wielding message picture any day. There's more truth (and entertainment value) to be found in "Almost Christmas."

This synopsis for "Moonlight" more or less puts into words how I felt after I watched the movie two days ago. Some fine acting -- by all 3 of the actors who played Chiron, as well as by Mahershala Ali as Juan -- was wasted mostly by a cliche-laden script that's dense but doesn't really end up saying much, or at least saying anything fresh and original. And as Scott Marks noted, the visuals can't compensate (though, at least an attempt was made). Naomie Harris' "standard-issue hysterical crack mom" is exactly that. Ms. Harris, perhaps constrained by the script and direction, didn't evoke much sympathy in me, and the downward trajectory from when we first see her on screen -- dressed for work, being reunited with 'Little' after Juan brings him home, and then in each scene through to her last one when she was less stable and independent -- was a little too steep, and therefore all the more unrealistic. I have hope for both Barry Jenkins and Tarell McCraney that their future film work will be better, but I applaud the bravery of Scott Marks for exposing "Moonlight" for what it is: a tolerable, mostly watchable mish-mash of cultural woes that is causing the guilt-challenged critics and Hollywood elites to fall over themselves over the chance to praise Blacks and homosexuality and thus (2 for the price of 1!) Black homosexuality. I just wish Brad Pitt would executive produce my own cathartic film autobiography...an Oscar and Writer's Guild award would look nice on my kitchen counter.

It's like you saw a different movie altogether. I don't even recognize the one you're describing. A little too steep and unrealistic? Roughly 10 years pass between each segment, do you know what can happen to a person in a whole decade? The last segment of your review gets to the crux, in that your true feelings clearly come out about how you feel about this "black", "homosexual" movie. It's pretty clear your obvious bias just got in the way of you actually giving this film a chance. That's too bad. But don't go after the vast majority for loving it as if we only love it because of guilt. That's ridiculous. Oh and if you have actual talent, which by the way you write is hardly evident, I'm sure you COULD get Brad to produce your film. But I wouldn't quit my day job if I were you.

Y'know, just because someone doesn't like a film about this subject matter doesn't make them a racist homophobe. Stop rehashing issues and start looking at visual storytelling.

Totally agree Matt. I can't understand Mr. Marks' attitude at all. I found it to be one of the most moving films I have seen in a long time. I don't understand this "liberal guilt" thing either. I don't feel any guilt about any of it, it's themes, or portrayals of any of the characters. Maybe he'd rather go home and watch Judge Judy. 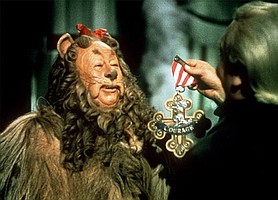 I also find it very disheartening that criticizing this film automatically makes one a racist or someone who voted for Trump. I'm neither.

Scott Marks Don't worry, man, it's like you said, the hazards of the job. If they don't like your review they can read another one, or better yet, write their own thang. Critics on the politically correct bandwagon abound. You're review is right on the shekel. Drunken camera, or camera hooliganism, as Eisenstein put it, mar the project and render it quasi unwatchable. I went to film school and it's exactly how I would describe that kind of a movie except that you did it better. Hell, I've got three and a half black friends. They're good friends and two of them agree with me. The third one understands me so no prejudice here. The thespians are good, no doubt. But the Oscar agenda is pimping the project, which reeks of calculation. Thank you for being a mensch.

Scott, I completely agree with your review and think you gave this movie too many words. You said it all with

The rest of the shortcomings of this film are mostly symptoms of this agenda which creates a piecemeal poorly, paced film with no room for character depth or acting. I can't hope to review this film as well as you but I will suggest that people who think this movie is so great go back and watch Precious from 2009 if they want to see how an Oscar winning film about "cultural woes" is made. Even though Precious focuses on a individual, it makes you feel the larger, pervasive and real issues that truly break your heart. Precious makes you cry for both the character and the cultural/social crisis. Moonlight doesn't come close to doing this, not even for the main character whose life is nothing more than a box of disjointed Polaroids. That said, Its really hard to see Moonlight standing next to films like Precious, Milk or one episode of The Wire. I understand that the story of black homosexuals has yet to be told but after seeing Moonlight I believe this is still a story that has yet to be told....properly.

Hang tough and keep up the great work, The IMDB scores for Moonlight are finally dropping as the hype subsides and reality sets in.

Dec. 18, 2017
therealscottmarks
This comment was removed by the site staff for violation of the usage agreement.
July 6, 2019