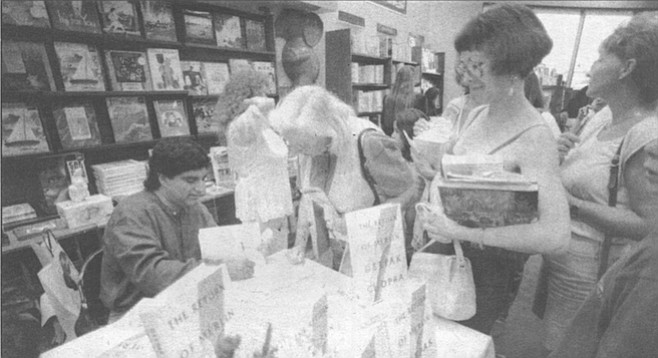 No doubt about it: Deepak Chopra has the New Age set enthralled. This is Wayne Dyerland. Past-Lives Therapyland. Verging on the spiritual turf of Linda Evans and Ramptha, her 5th-century revived adviser (the one who growls through some female guru in exchange for a thoroughbred racehorse or two). This is the land of the facile philosophical fix, infallible. Or is it? Maybe Del Mar needs Chopra as much as Calcutta needed Mother Teresa. 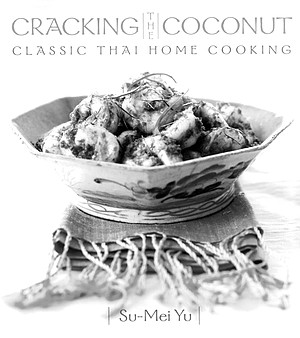 Su-Mei Yu's new book. "In 1981 a restaurant called Trieu Chau opened at 4653 University Avenue, near the intersection with Menlo Street. It was incredible."

“The problem with most Thai restaurants in Southern California is that they don’t have Thai cooks. Thais are very independent people and don’t like working for anyone else, and cooking in a restaurant is very hard work. Thais think, ‘Why should I cook when I could make more money opening a restaurant for myself?’ So when a Thai restaurant owner finds or brings over a Thai cook, he usually doesn’t stay for long.” 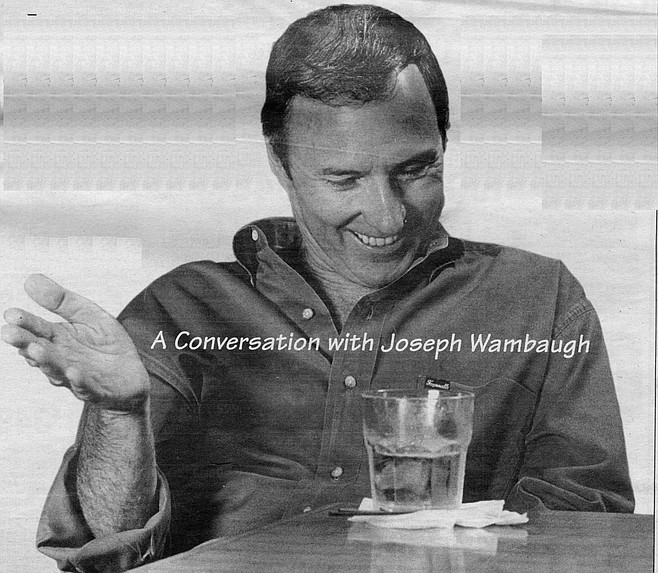 “When Fugitive Nights was filmed earlier this year, there’s a scene in it with Sonny Bono playing himself at a golf tournament. Sonny Bono’s playing partner is a Palm Springs cop and an aspiring actor.There’s a lot of cops that want to be actors. And why not?. Cops are actors a lot. Every time they get a suspect and try to get a confession out of him, one of them’s acting, or both.” 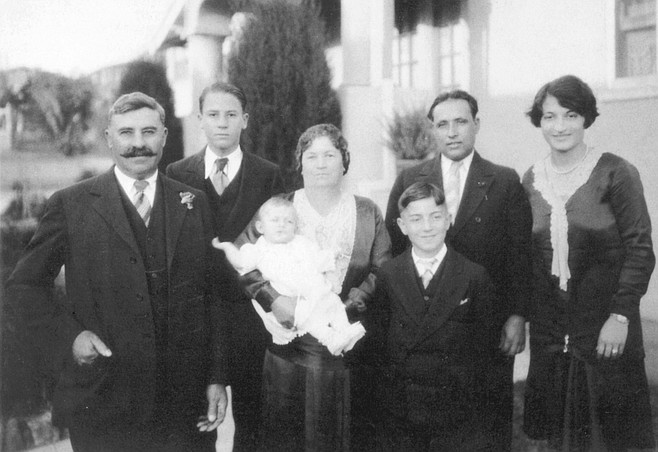 The Man who Turned Fact into Fiction

When the novel was first published, in 1959, the buzz in Little Italy was the game of seeing who could be identified. Angelo describes the reaction: “When the book came out, a lot of the Italians, the mothers and fathers especially, couldn’t read or speak very good English, but their children could. The kids would read it aloud to them and they would speculate about who was who. ‘Was that Johnny, was that Frank, was that Louie?’” 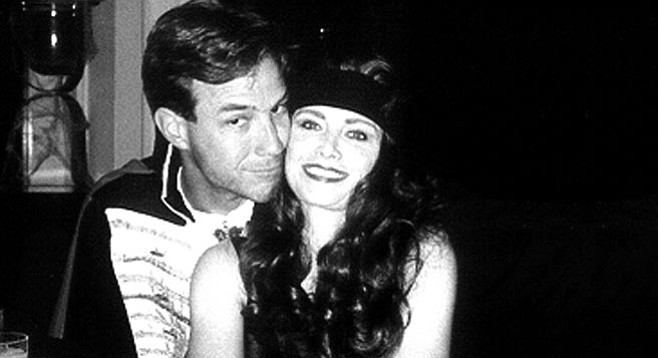 She Said, He Said

Kelley is suing Davis, alleging that separation from his son has "caused him immeasurable emotional distress and led to weight loss and bouts of acute depression." The lawsuit also alleges that Davis wanted to have an abortion until Kelley talked her out of it. Kelley, according to the suit, "pleaded with [Davis] not to terminate the pregnancy." Kelley says he "even suggested to Defendant that she could give the child to him, free of obligation after birth." 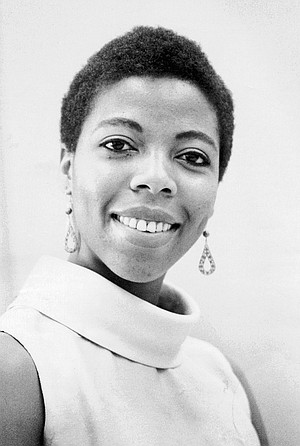 Raised Not to Hope Too Hard

Sherley Anne Williams built her career celebrating the ways black folks talked and acted. School-wise, street-smart, and quick-tongued, she reserved her deepest antipathy for those outside the African-American experience who tried to define the culture.

In her introduction to Dessa Rose, she expressed outrage over William Styron’s Confessions of Nat Turner. The author, she suggested, had gotten his facts wrong and had given a distorted picture of the rebel leader. 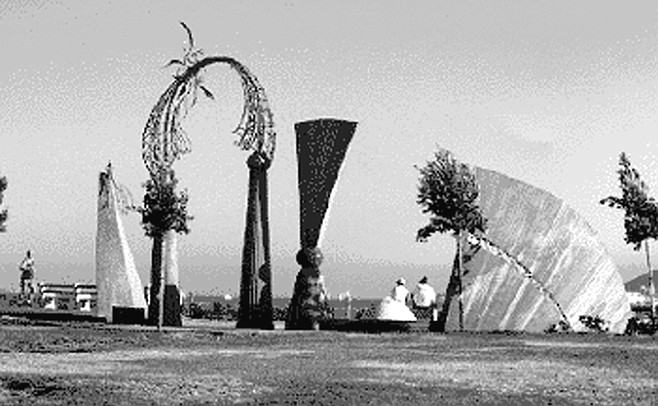 Hubbell was asked to reflect on his older works, particularly those in San Diego — for example, the stained-glass windows of All Souls Episcopal Church on Catalina Boulevard and the facade of the courthouse in Vista. Did he ever visit them? How did he feel about what has happened to them or around them? “Well, some of them are gone,” he said, naming the lobby of the Alvarado Hospital. “That’s always hard.” 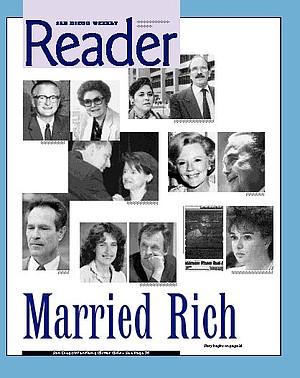 "I came in as a maverick," O'Connor was quoted as saying, "and I will go out as a maverick." She served only one term as mayor. Peterson died of leukemia at the age of 78 in April 1994, less than two years after she left office. The former mayor, who is seen around town driving a silver Mercedes Benz, now manages much of her late husband's real estate empire, including the properties in Mendocino. 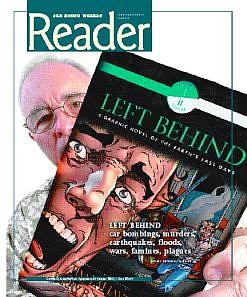 The Reverend Tim Scott, Scott Memorial Community Church's current pastor, also believes that the Left Behind books present a picture of the end-times that is faithful to scripture. "I would say that LaHaye's overriding purpose is not to entertain," he says. "His overriding purpose is not sensationalism, although these books are incredibly sensational. His goal, and I know this because I've talked to him about it in recent months, is to present the truth.

Sessions is credited with popularizing the jacaranda and the Brazilian pepper tree in San Diego, as well as poinsettias and the bird-of-paradise. At its peak her nursery in Balboa Park contained multiple varieties of eucalyptus, acacia, and bamboo; also Eastern elm, Spanish cork oak, Azorean honey plants, and Hawaiian kukui trees. Many of the Torrey pines, Monterey cypresses, and oaks now growing in northwest Balboa Park were planted during Sessions’s tenure.