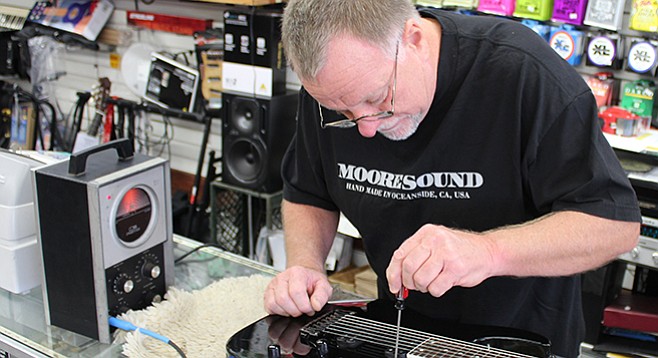 The music store credited for helping launch the career of country artist Barbara Mandrell is folding after 60 years.

Oceanside Music Supply, which maintained the same old-school, full-service music-store vibe it had from when it began 60 years ago, will close for good once its stock of guitars, clarinets, and music stands is sold. 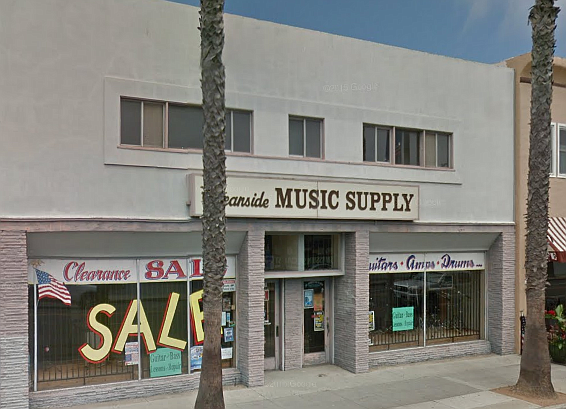 Oceanside Music Supply will close for good once its stock of guitars, clarinets, and music stands is sold.

Founded by Bill Hendricks and the late Irby Mandrell, the store on Hill Street (Coast Highway) acted as home base for Mandrell, who managed the Mandrell Family Band, the country-and-western group that launched Barbara’s career. Mandrell, a former Miss Oceanside and 1967 Oceanside High grad, had a string of country hits, her own NBC-TV show (1980–’82), and she was inducted in the Country Music Hall of Fame.

Bill Hendricks, now in his 90s, passed operation of Oceanside Music to his son Eric. The younger Hendricks blames internet commerce for sapping the life out of his business. He declined further comment but said once his stock is liquidated, it’s lights out.

“It’s painful,” says Dusty Wheeler, who owns Oceanside’s lone surviving music store, Dusty’s Guitar. “Everybody is going to miss having Eric around. It was no secret that in the last five years Eric was getting disenchanted.”

Giacolletti thrives, says Wheeler, “because they specialize in lessons.” Wheeler says his Dusty’s Guitar does well because he provides attention that mega-stores can’t offer. “We kill ’em with service.”

But being an indie, he says, is tough.

“Nowadays, if you want to sell Fender or Gibson [guitars], they want a lot of money up front.”

He says there is a reason you tend to find brand-new guitars by those companies in either Guitar Center or Best Buy.

“You have to commit to about a hundred grand in sales each year or they won’t let you carry any of their product. I can’t do that kind of business.... It’s not a guitar to them. To them it’s all numbers. To them it’s a SKU number, not a guitar. It’s been that way for the last ten years.”

And the big-name salesmen don’t mess around.

“I had the Fender guy in my store a few years back. He saw that I had four or five brand-new-looking Strats on the wall. The first thing he did was he ran over and said ‘Where did you get these?’ I said, ‘Dude, calm down. They’re used.’ They come in and check your serial numbers to make sure you don’t get new guitars from another dealer. That’s forbidden nowadays...that’s why many stores have closed. The big manufacturers just don’t need grassroots stores.”

Just heard from guitar and keyboard teacher Glenn Sutton that the store he teaches at, Ozzie's Music in Poway, is also closing its doors September 1. That store has been around since 1948 and there also used to an Ozzie's once in San Diego and Fallbrook. Glenn indicates he is looking for a new venue. If you have an idea, reach out to him.

Good review of what happened. I missed this story when it first came out. Don't forget about AMX Music in Encinitas.