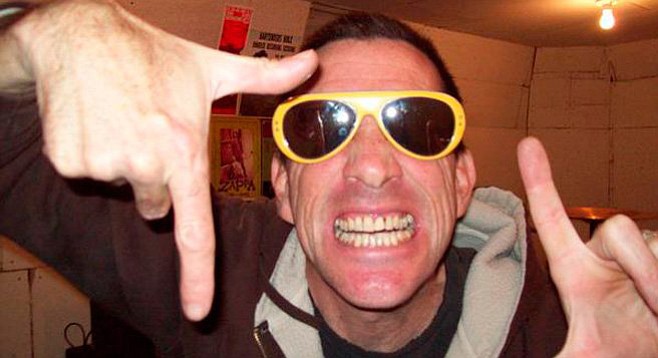 The latest from Itai Faierman and Ben Johnson 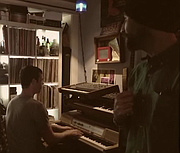 ...by Speaker in Reverse

“At this time, I’m on an indefinite hiatus from writing and performing music, to focus all creative energies on the new book release,” says Itai Faierman (Speaker in Reverse). “Doing Nothing: Confessions of a Nondual Zen Monk is geared for those deeply interested in the fundamental questions about life, existence, death, [and] truth,” he explains. “This book is a collection of reflections, inquiries, and poems that, quite literally, spilled onto the pages of my traveling journals in the summer and fall months of 2015.”

Inspired by his June visits with nondual teacher Robert Wolfe at his home in Ojai, “Most of the material is compiled from my online spiritual blog and Facebook posts, but I’ve added additional journal entries and questions that have not been seen. All of the presented material, however, is an attempt to make sense of the ineffable unfolding of nondual awakening as it occurred, and continues to occur, in this body and mind.”

Musician, author, actor, and longtime Casbah bartender Ben Johnson (The Long and Short of It) has a new book, a local-centric urban fantasy novel. “Blood Silver, the second installment of the Webworld trilogy, takes the story of A Shadow Cast in Dust forward three months to a convergence of several groups swirling around Buddy Figgins, the boy who escaped the dreaded warehouses,” he says. “Finally, found by those searching for him, Buddy kicks off a chaotic chain of events. Spells are cast. The Web is twisted by the Council and their foes, some of which may be playing both sides.”

The books have featured area locales such as Golden Hill and Switzer Canyon. “Our detective, Clementine, tracks the monster that has gone through there, ending up at the huge drainage tunnel at the foot of Florida Canyon, one of the creepiest places in San Diego.” Don’t look for many local cameos, though. “I don’t base too many characters off real life... That said, there is a big nightclub doorman that resembles a certain poet of that description.”

Johnson has also been acting in short films co-created with Grant Reinero and Smoking Jacket Films, a local collective of musician-filmmakers, including a 48-hour moviemaking challenge entry entitled Deadline, which he describes as “a Twilight Zone sort of short. Next up is one more short, to sharpen our chops, then we’re embarking on a full-length sci-fi film.”

Johnson will be signing copies of Blood Silver on Thursday, January 21, from 4 until 7 p.m. at Station Tavern in South Park.