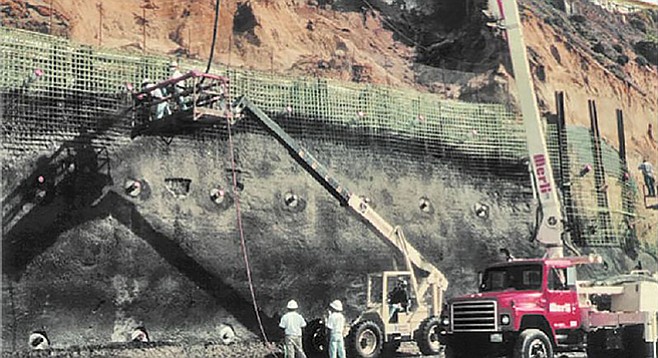 The beach belongs to all of us

The Surfrider Foundation announced Wednesday (February 17) that it will join in the defense of the City of Solana Beach, which was sued in April 2013 by a group of bluff-top homeowners.

The suit was brought after the city enacted policies that made it harder for the homeowners to use concrete to shore up bluffs and required them to add public access when they repaired or improved beach staircases that are now private. The policies haven't been fully implemented because of the lawsuit, which has dragged on for two and a half years.

Beach & Bluff Conservancy, which is represented by the Pacific Legal Foundation, does not list its members on its website.

Surfrider describes the group as "an isolated and well-funded vocal minority of oceanfront homeowners in Solana Beach" and says the delay triggered by the lawsuits has allowed some oceanfront property owners "to continue using public land for seawalls virtually rent-free, damaging the scenic characteristics of the coast and eventually limiting or even destroying access to the beach without having to pay an appropriate fee."

The Beach & Bluff group is also suing the California Coastal Commission for placing similar requirements and restrictions on bluff-top complexes. Other, similar lawsuits have been filed by individual homeowners’ associations and owners.

"We assume they are going to reiterate the arguments put forward by the coastal commission and the city," he said. "It is a straightforward constitutional and statutory challenge, and I don't believe Surfrider's presence in the case changes anything."

Surfrider decided to join the suit because the issues at stake have broader implications, according to policy director Julia Chunn-Heer.

"A lot of the issues that are being sorted out in these cases have implications for coastal policy in the whole state," she said. "The simple truth is that the desires of the bluff-top homeowners do not comply with the California Coastal Act...and we will do everything we can to make sure the Coastal Act is upheld. The beach belongs to all of us, not just the first row of homeowners.”