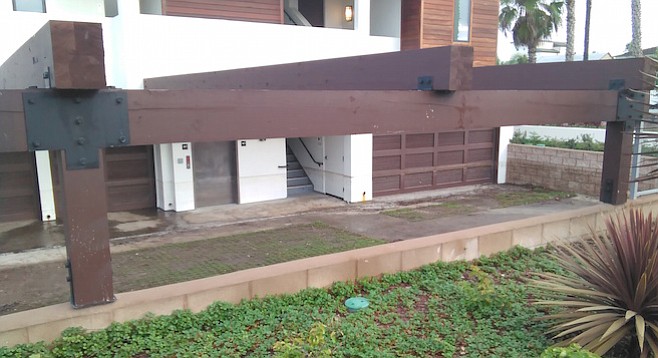 On September 15th, local evening news programs were full of reports on the effects of over an inch of rain that fell across the county during a one-to-three-hour time span. 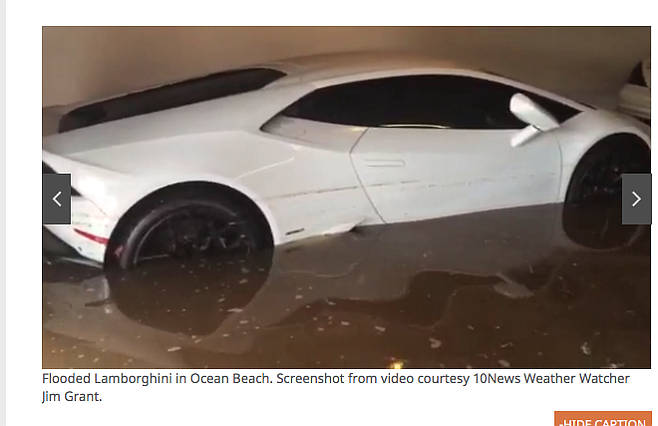 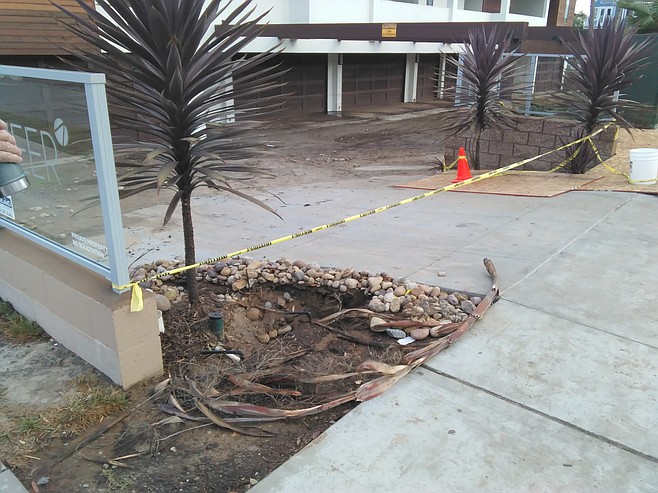 It appears that water poured downslope from Abbott Street into the garage.

10News reported a submerged Lamborghini in an underground garage in Ocean Beach. Photographs show the car in the garage with water halfway up to the windows. Other less glamorous vehicles are trapped beside it.

The garage is located beneath a newly completed condo complex on the southwest corner of Abbott Street and Saratoga Avenue named VEER.

In 2009, when the city approved the Coastal Commission plans for the development, the plans called for a subterranean parking structure that was required to be “water-proof and be designed with a de-watering system." The report went on to minimize the environmental risks of flooding and wave action.

This reporter covered the city's approval of the plan in a Reader story published on November 16, 2009, closing the report with an anecdotal story of periodic flooding of the area and having personally sailed a windsurfer down Abbott Street directly in front of the then-proposed underground garage.

A call to Harland Property Management yielded no facts about why the garage flooded or whether or not a a de-watering system was ever installed in the parking area.

Yeah, I saw this one coming too when the plans were first presented before they even bulldozed the old units on site...will laugh at this story repeating itself every time there's a good rain.

Build anything below sea level and it will flood. For those who may not know but water always seeks the lowest level. Think New Orleans.