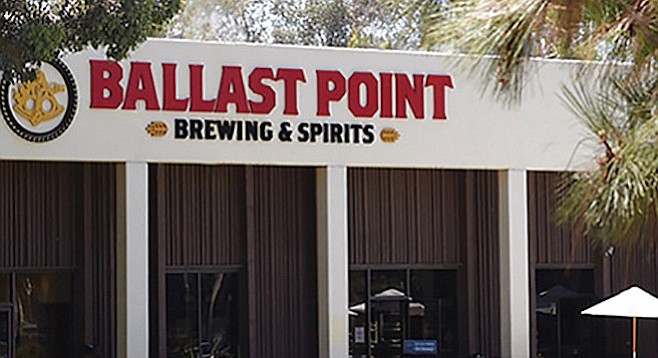 For decades, state and local governments have concealed the amount of welfare they dole out to corporations. That could change. The Governmental Accounting Standards Board, which sets the rules for how state and local governments keep their books, declared in August that these entities must annually report how much revenue they lose by granting one form of corporate welfare — tax breaks — to companies.

The rule should be reflected on governmental comprehensive annual financial reports in 2017.

Governments dole out property tax reductions, sales tax exemptions, corporate income tax credits, and the like to companies that, in turn, promise to provide jobs at a new or expanded facility.

Texas and Illinois are famous (or infamous) for granting corporations big tax breaks, along with other subsidies, to move or, contrarily, to stay put. Municipalities throughout the nation subsidize hotels, shopping centers, movie theaters, auto sales complexes, and, of course, sports stadiums. The idea is that, eventually, tax receipts from the business will exceed the subsidy.

In theory, an auto dealer will attract other dealerships, so consumers can conveniently kick tires at several dealerships all in a row. A theater may help an ice cream shop next door. The reason for subsidizing a hotel is usually to help the nearby convention center.

Good Jobs First, a Washington DC think tank, says that in the United States, state and local governments plunk tens of billions of dollars into corporate tax subsidies every year. Generally, it is a zero-sum game because one state’s gain is another’s loss and one city’s gain comes out of another city’s purse. Economists show that tax subsidies (euphemistically called “business incentives”), as well as other kinds of payments to corporations, distort the market system and lead to dubious business decisions.

Phil Mattera, research director of Good Jobs First, says the accounting change is a good first step but doesn’t go far enough. For example, governments won’t have to disclose the names of tax subsidy recipients. And the new rules won’t require governments to reveal how much future tax revenue they will lose from agreements that are already in place.

Right now, Good Jobs First cannot break down how much retailers, theaters, hotels, sports teams, etc., get in subsidies each year. But Mattera is optimistic about future information flow. “This will change in a couple of years, once the new disclosure requirements have been implemented,” he says, even though the recipients of the tax largesse don’t have to be named.

Mattera believes researchers should be able to glean information from these new data. For example, if a municipality reports a huge increase in tax subsidies from those handed out in previous years, researchers and journalists can hammer local politicians and bureaucrats to reveal where those subsidies went. 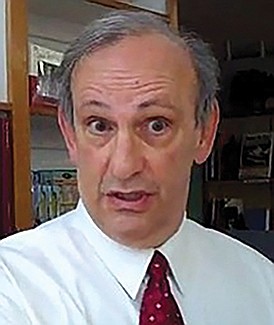 The next step, then, is to find out which politicians raked in money from the companies enjoying these tax subsidies. “Who is getting their palms crossed?” asks Richard Rider, chairman of San Diego Tax Fighters.

The new rule probably won’t unearth much lost-revenue data from one of the biggest scams of all: the subsidized sports stadiums. In such subsidies, “Taxes forgone in total are piddling compared to either the total subsidy or as a portion of city or county budgets,” says Rodney Fort, professor of sports management at the University of Michigan. “Stadiums and arenas are no longer stand-alone projects but portions of larger-scale entertainment/real estate development projects. Property taxes get lost in the noise.”

In fact, “The new [accounting policy] won’t lead to much transparency, after all,” says Fort, noting that only gross amounts will be reported. 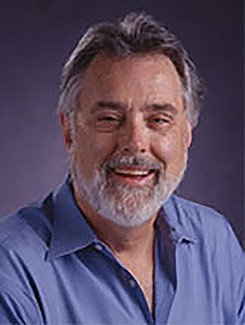 Steve Erie, professor of political science at the University of California San Diego, agrees: “Full disclosure requires that they name the names of the recipients,” he says, although the new rule is better than nothing.

Sorting out the data will be difficult. “Elected officials [give themselves] plausible deniability,” Erie explains. “They create dummy commissions and insulate themselves from the decisions.” Nonprofit corporations like Civic San Diego, the city-owned development operation, “take [the politicians’] fingerprints” off decisions. 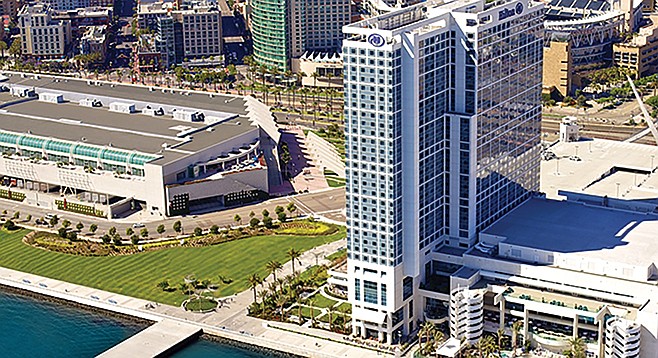 Since the new accounting rules only deal with lost tax revenue, they won’t address one of San Diego’s biggest scams: lost revenue from sweetheart leases. Large hotels have long-term leases on land in places such as Mission Bay. The lease rates are not competitive with current lease rates — thus, some of San Diego’s most powerful hotel owners enjoy juicy subsidies.

“Some of these hotels and motels on public land are getting away with murder on long-term rents. They got sweetheart deals — rents that are not at competitive rates. So, what counts as taxpayer money when [governments] lowball the value of public assets and essentially give them to the private sector?” asks Erie. 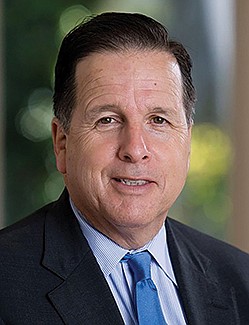 Now, these older lease deals are audited by the treasurer — not by the city auditor. “The treasurer’s office is an arm of the mayor” and hence part of an incumbent administration, complains Mike Aguirre, former city attorney. 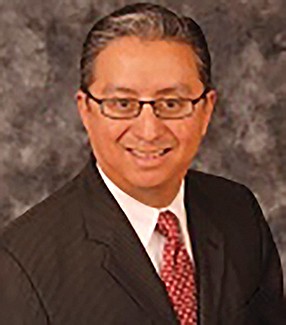 Eduardo Luna: "Our investigation determined that the poor oversight of P-Card use has been ongoing for the last year and was reported to have been an issue for much longer."

However, Eduardo Luna, city auditor, says, “I am not campaigning” to audit those sweetheart leases. For now, “Let sleeping dogs lie.”

It’s clear San Diego is losing lease revenue on sweetheart hotel deals and is also losing revenue from use of tax subsidies. For example, last year the big biotech Illumina — one of San Diego’s most successful companies — said it was considering a move, perhaps to Memphis. The company agreed to stay after getting $1.5 million in tax breaks over ten years.

Ballast Point and AleSmith head to the trough 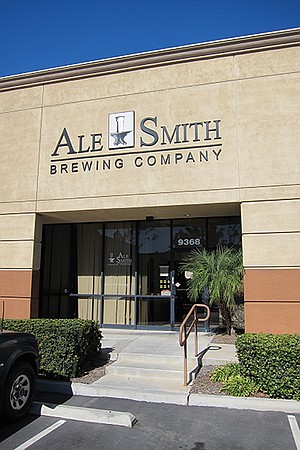 San Diego last year offered tax cuts on future sales to Ballast Point Brewing and Spirits and AleSmith Brewing Company, which were considering other locations. The companies pay permitting and municipal fees related to their expansions; once the businesses get rolling, they get their tax breaks.

On the other hand, San Diego has lost one Petco operation and the security-software firm Websense to Texas.

Under this new accounting rule, we may learn that paying companies to play musical chairs is a waste of government funds.

Another great article about money talking and BS walking.

AlexClarke: Corporate bosses often complain about the massive amounts of money going for social welfare -- mainly, entitlements, particularly for the poor. But the biggest recipients of government welfare are corporations. The wealthy -- many if not most of whom work for corporations -- are huge recipients of welfare, particularly tax welfare. Best, Don Bauder

"Entitlements" to the poor are simply handouts that encourage dependency and laziness. Reducing taxes to employers is supposed to encourage them to grow and hire. What, precisely, is wrong with that???

Corporate welfare is just as much an "enabler" as handouts to the poor, only worse because now businesses won't move into an area unless they are "bribed" to do so and this affects the middle class as well as the poor.

Some of us have given up on traditional employment, because we see it as a rigged game where the balance of power is tilted heavily towards the employer. We have been smart enough to see this coming, save our salary and have retired early. Due to the shenanigans that corporate business leaders have pulled on the citizens of this (once great) country over the last 30 years, there's no good reason left to work for a big corporation. The future of employment is in small companies which care about their customers more than they do about profit.

hwstar: Business and finance leaders genuflect at the altar of the "free market." But corporate welfare -- which is bigger in dollars than social welfare -- shows the opposite is true: big business and big finance do NOT believe in free markets or free trade. They just pretend that they do. Best, Don Bauder

jnojr: One of the worst falsehoods swallowed by much of the public these days is just as you described it: cut the taxes of the super-wealthy and they will create jobs. I think if you really considered the evidence, you would realize that most of America's super-wealthy get that way by DESTROYING jobs.

Do you think private equity billionaires are creating jobs? Come now. And how about corporate CEOs? Are they really creating jobs? They are running up their companies' earnings by SHEDDING jobs, thus enriching themselves. Best, Don Bauder

From a reliable source: Civic San Diego is seeking independent federal sources of funding to rake in millions of dollars. Speculation includes seeking money via the EB 5 program.

". . . governments won’t have to disclose the names of tax subsidy recipients. And the new rules won’t require governments to reveal how much future tax revenue they will lose from agreements that are already in place." --Don Bauder

Exactly what is the Constitutional foundation for keeping government actions secret?

Money for re-election campaigns and the threat of defamation lawsuits from (too) powerful individuals and corporations.

hwstar: The accounting standards board is not a governmental body, even though it is ruling on government accounting questions. Best, Don Bauder

Twister: Actually, this was not a government move. It was made by the accounting rules-setter, which is in the private sector. Best, Don Bauder

We tax liquor and cigarettes and "bad" things to try to discourage people from using them. Shouldn't we be doing the opposite for work, employment, etc?