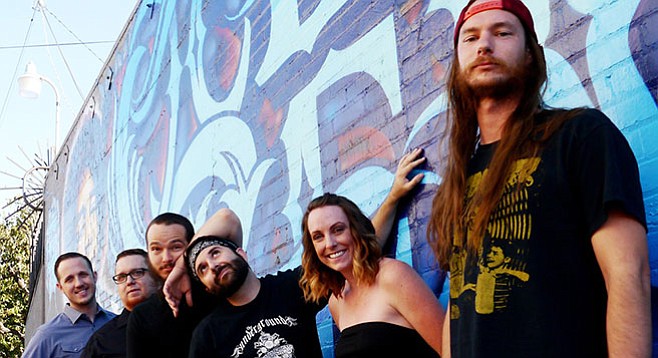 On the cusp of her 20th birthday, Raelee Nikole is debuting her full-length Answers on May 29 at Moniker Warehouse in East Village.

Heavy metallers Raise the Guns will play a release party for their War of Attrition EP on May 30 at the Merrow in Hillcrest, on a bill that also includes Dark Measure, Imbalanced, and Cowgirls from Hell.

Alt-rockers Idlehands plan a June 5 release party for their Dena Mora full-length at House of Blues.

Country rockers Nancarrow and Sam Outlaw will share a dual-release event at the Belly Up on June 9.

Billy Shaddox’s bluesy I Melt, I Howl, is due June 16. “I recorded this album on the heels of leaving my job in Spring 2014, buying a van, and touring and playing music all over,” Shaddox says.

Off of Adam Lambert's latest, The Original High

The Major Minus CD Release

A self-titled EP from Major Minus makes its debut at Soda Bar on June 19. “We’re working hard to create a memorable experience with a massive party atmosphere,” says guitarist Omar Lopez. After the release, “We’re taking some time off from playing locally to make sure that we break through with some momentum.” A single for “Shotgun to Heaven” is planned, and the band is shooting their first music video.

Meanwhile...Back at the Lab, from reggae rockers Slightly Stoopid, drops June 30, preceded by the 4-20 anthem “Life Rolls On.”