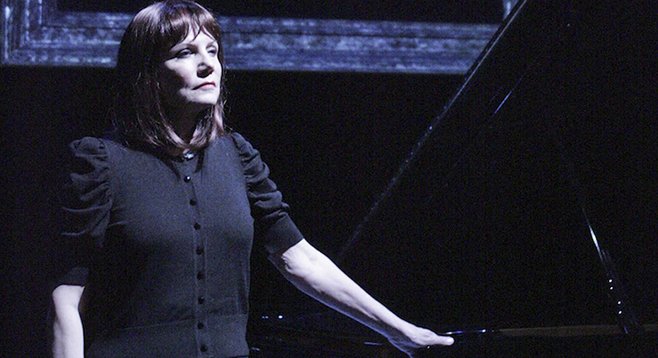 July is busting out all over!

Theater preview for the month to come

T’is the season. Count some of the ways:

La Jolla Playhouse: Come From Away. The world premiere musical, by Irene Sankoff and David Hein, creates a comedy within a tragedy. On the morning of 9/11, 238 flights were diverted to Canada. 38 went to Gander International, Newfoundland, “the farthest place you can get from Disneyland.” About 7000 jet-lagged, emotionally shocked passengers deplaned into a temporary utopia. Locals fed, housed, even pampered them, all the while saying “you would do the same” (hmmm…) The touching, spirited show runs through July 12.

Lamb’s Players Theatre: West Side Story. Lamb’s could be following up last year’s blockbuster, Les Miserables, with another. Director Deborah Gilmour Smyth, choreographer Kolleen Collar Smith, and fight choreographer Jordan Miller hurl the Jets and Sharks at each other with volatile precision, while Tony and Maria seek a way to “Somewhere.” Playing through August 2.

The Quality of Life

22nd Annual Lipinsky Family San Diego Jewish Arts Festival. The “jfest” runs through July 26. The centerpiece will be when Mona Golabek reprises the amazing “concert drama” about her mother. Lisa Jura, a promising young musician, became caught in the havoc of Nazism. Golabeck, a virtuoso pianist, performed the show last year at the Rep. If you missed it, don’t make the same mistake. I can’t recommend it enough. Opens July 8.

Moxie Theatre: Eternally Bad. A new musical written and directed by Javier Velasco, with arrangements by Steve Gunderson and based on Trina Robbins’ book about goddesses who flat refuse to behave. Opens July 11.

Moonlight Stage Productions: The Music Man, by Meredith Willson. John Vaughan directs the classic musical about the miraculous appearance of 76 booming trombones and a solitary, albeit courageous, tuba. Opens July 15.

North Coast Repertory Theatre: Side by Side by Sondheim. Greatest hits of a great, including songs from Company, Follies, A Little Night Music, and Gypsy. Opens July 18.

San Diego International Fringe Festival. A cornucopia — nay, a veritable salmagundi — of performance arts from around the world. Now in its third season, the Festival has already gained international recognition. Opens July 23.

Cygnet Theatre: Dogfight. San Diego premiere of the musical — music and lyrics by Benj Pasek and Justin Paul, book by Peter Duchan — that won the Lucille Lortel Award for best musical. Before they deploy to Vietnam, three Marines have a boy’s night out on November 21, 1963. Sean Murray directs. Opens July 25.