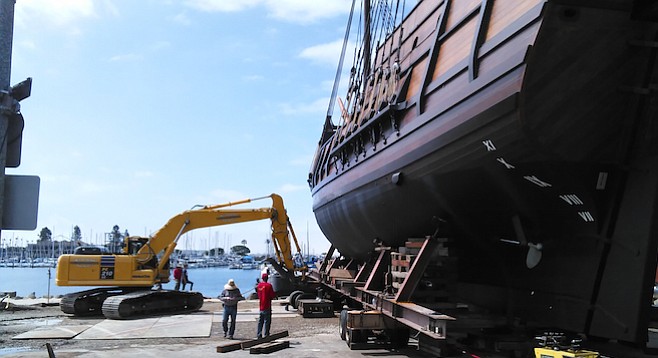 For the past couple of days there has been a flurry of activity at the Spanish Landing build site of the San Salvador replica. It’s ready to be floated, but getting it into the water presents a logistical challenge due to its massive tonnage.

The barge, ready for its slow-moving passenger 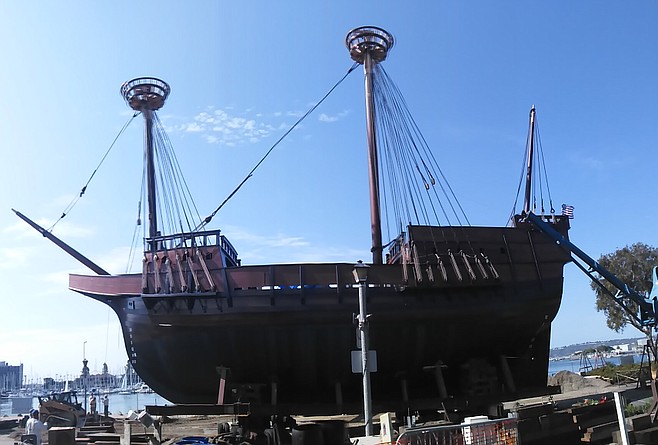 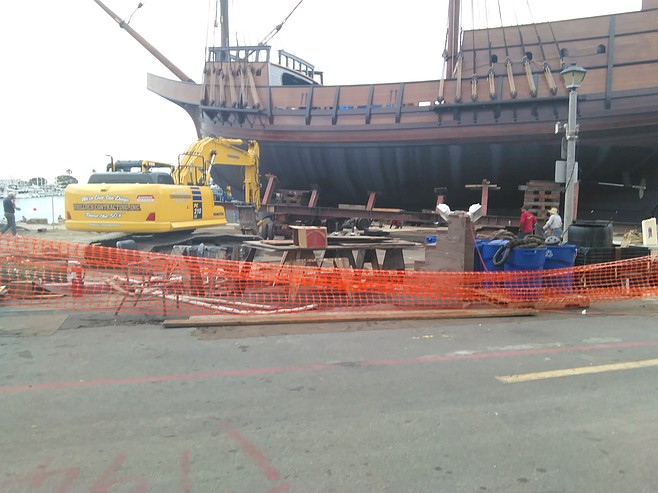 In April, Reader contributor Ken Harrison reported that the vessel weighed 151 tons, 20 tons more than expected, according to a maritime museum spokesperson.

The most recent task was to turn the ship 90 degrees so it can be transferred onto a floating barge. Over the past three days, an excavator has pushed, a semi truck has pulled, and jacks have lifted beams to reposition the wheels, a repeated process that yielded progress inches at a time. The ship’s bow now faces toward the barge.

The next issue is rolling the ship onto the barge. Being onsite and listening to the banter on how this should be accomplished is quite entertaining. One main factor is the tide.

The barge’s bow, facing the land to receive the San Salvador, is higher than the level of the cradle holding the ship. Tuesday (July 21) is the last day this week with low enough tides to try for the transfer. There will be a low tide of approximately .8 foot at 7 a.m.

Workers will build a ramp for the ship to roll across the riprap and access the barge. The barge has a mechanized cradle that will support the ship and pull it aboard. From there the San Salvador will be carried to a shipyard in Chula Vista where a crane will lift it off the barge and give it a dunk to make sure it's watertight.

The San Salvador's official launch date (which had been set for April 19) is still undetermined.

The difference between the naval architect's estimated weight of the San Salvador and the measured weight was about 2 tons, not 20 tons.

I've been following the progress (or lack of) this ship's launch. It's turned out to be way more than anyone anticipated. I heard the decision to go with a better quality wood added considerable weight, which then made the plan to place the ship on a trailer and roll it down Harbor Dr. to the Broadway pier untenable. Now, it's to go on a barge and then after a trip to Chula Vista, it will have it's (hopefully) seaworthy launch. It's been a long time coming. 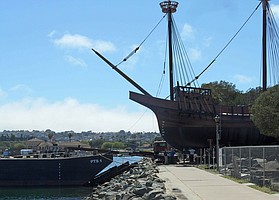 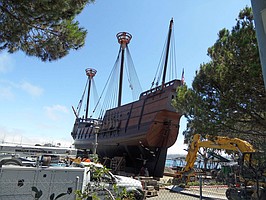