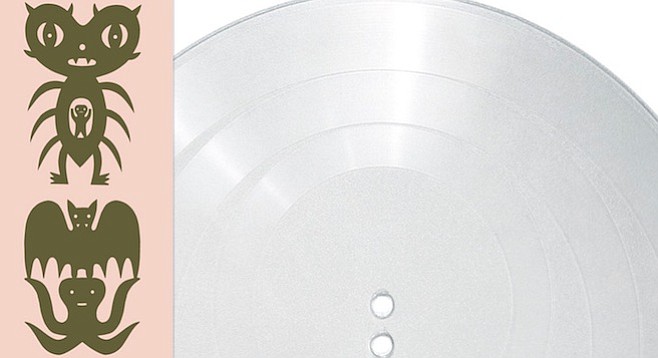 Bingo Ringo, by Half Japanese

When noise-punk band Half Japanese formed in a Maryland bedroom in 1975, Kurt Cobain was just a kid. But by Nirvana’s In Utero tour in 1993, Cobain had sought Half Japanese as openers.

Since its early days, Half Japanese’s influence has spread far, to ’90s art-rock groups such as Sonic Youth and Teenage Fanclub, Neutral Milk Hotel and Daniel Johnston.

...title track off of the latest from Half Japanese

Their latest six-song EP, Bingo Ringo, continues to upend conventionality. In the fruit-infatuated “Stuck On You,” Jad Fair half-sings, half-talks of blueberries, lemon-limes, and strawberries — “Me and you, and you and me are like peaches in an apple tree… The pot of gold is ours/ bless our f!!!ing lucky stars.” Slashes of noise-punk guitar bitterness slice through the lyrical sweetness. “I feel his fangs in my neck, there ain’t no way out,” Fair drones and sputters in “Dracula’s Casket.” And during the country swagger of the uplifting “New Awakening,” Fair forcefully spits out, “Put more pep into your step,” parodying that old trope.