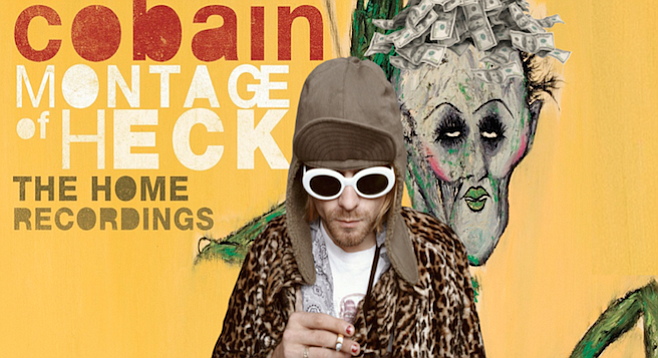 Montage of Heck: The unnecessary recordings

The documentary Montage of Heck does a great job of making Cobain look crazier than he seems to be in every interview on YouTube. So, only once one gets over the fact that this “album” is the initiative of Courtney Love can the album be judged for what it is: some tunes. In death, Cobain became larger than life. Heck brings him back down to Earth.

Heck: The Home Recordings sounds like Leadbelly. Through an analog haze, it’s possible to imagine what Cobain might have sounded like in the later years of his music career.

The stripped-down tones of Heck make it very personal, uncomfortably so, if you think too much about it. Some songs stand out as very un-Nirvanaesque, like “Happy Guitar” with its arpeggiated verse and Cuomo-esque chorus.

In “Beans,” Cobain offers his very best Daniel Johnston impression. This simple song is about a man who “ate some beans and he drank some wine” and who was “happy, happy, happy.”

“Frances Bean Will Have Her Revenge on Seattle” sounds beautiful on acoustic, and “She Only Lies” sounds like the demo for a new-wave ’80s classic.

While Heck seems unnecessary, I might still steal some of the riffs for my GarageBand songs.