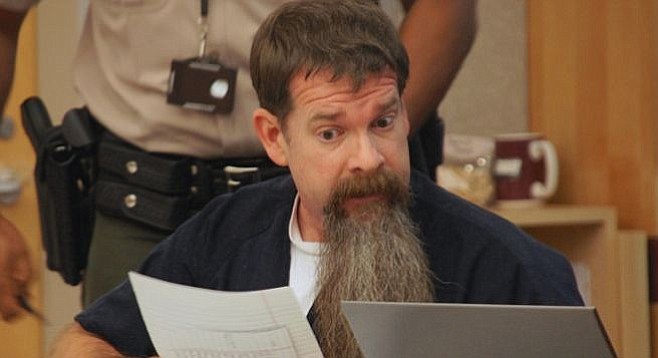 The teenager next door sure didn't help

Encinitas shooter sent away to mental hospital before he was sentenced

A man who admitted firing a handgun at his Encinitas neighbor in 2012 was sent away to a mental hospital on April 15.

“After much litigation he was found not competent to be sentenced, and was sent to Patton State Hospital pending restoration of sanity,” according to criminal defense attorney Matt Mohun. 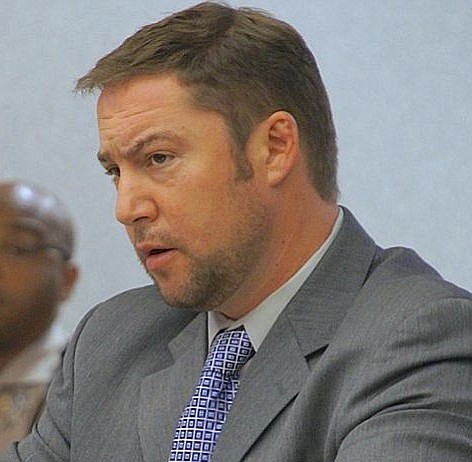 Stephen Clay Robinson, now 46, was found guilty of attempted murder, assault with a firearm, and shooting at an inhabited dwelling at the end of a jury trial in February of 2014.

Robinson’s mental competency has been evaluated many times since his arrest on August 27, 2012.

In court hearings, Robinson had claimed that the teenaged boy who lived across Herder Lane had threatened him by brandishing a revolver, which caused Robinson to go get his own weapon and then fire multiple rounds at the home at 729 Herder Lane. 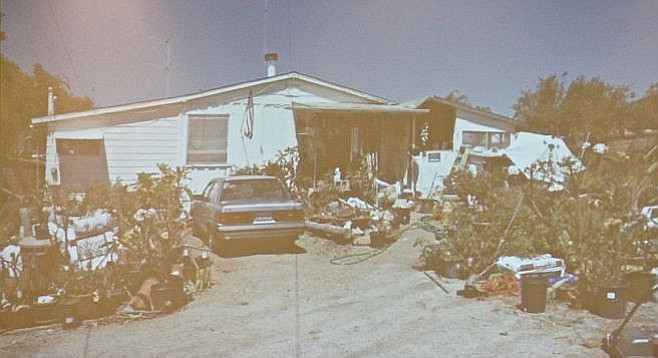 The home Robinson shared with his mother

Robinson’s mother, Sharon Herder, 68, testified that the street is named after her family, and they once owned a large amount of Encinitas property. At the time of the incident, Robinson, then 44, lived with his mother in the same modest home in which she had been born, at 732 Herder Lane.

Robinson reportedly had shouting matches and animosity toward the boy, then 17, for years before their dislike resulted in the gunfire incident.

When deputies first spoke with the boy, they said he admitted that he might have had a gun with him on the balcony of the two-story duplex where he lived with his mother; but the teen later denied that in court.

Another witness said she saw a chrome revolver in the teen’s hand as he stood on the balcony that morning in 2012. Officers testified that they found a .357 handgun in the teen’s home that day.