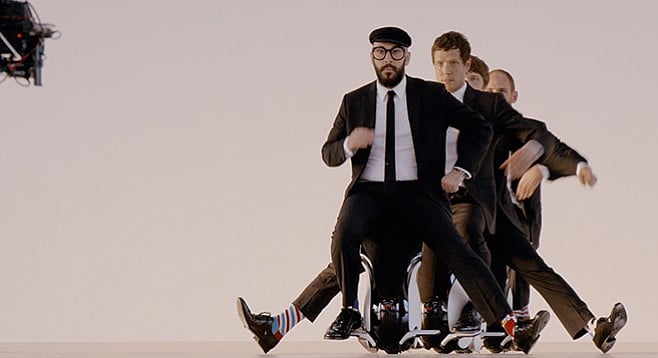 What are your best San Diego memories?

“My favorite memory of San Diego was the time we were playing the Casbah and had just gotten final mixes from our Oh No record. We all hopped in our van and put it on the stereo. It sounded so good to us. And every once in a while a plane landing at the airport would fly frighteningly low above our heads, adding a certain kind of freaky quality to the whole experience.”

What are you proudest of about the new album?

“For Hungry Ghosts I would say it’s the song ‘One Moment.’ We played that song as a band in the large tracking room together all at once. We played it as a band together and the groove and the vibe really transmitted.”

The new album sometimes sounds like New Order and sometimes like the Jackson 5. What are the band’s biggest influences, and how have those influences changed over the years?

“Both of those bands are big influences of ours, for sure. A few other big influences would be Prince, the Pixies, Led Zeppelin, and Depeche Mode. We’re all about the same age and grew up listening to a lot of the same kind of stuff, so the influences will come out of nowhere — but we all seem to understand and trust each other’s gut when we hear one another’s references.”

OK Go, “The Writing’s on the Wall” 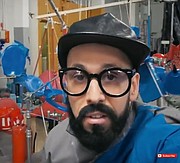 Do you ever fret that people are tuning in more to the videos than the music?

“I never fret at all. We are a band that loves to make cool stuff. Videos are a part of it all. Sure, it’d be nice to have a song get the attention one of our videos do, say on the radio or something, but to be honest, if we can keep making the things that turn us on artistically, I think we’re in pretty good shape as a band and group of long-time friends.”

What’s in the future for the band after the tour?

“I think we’ll take a pause in May and get our lives back at home for a minute. Then I believe some more touring overseas, maybe another video or two, then new music!”