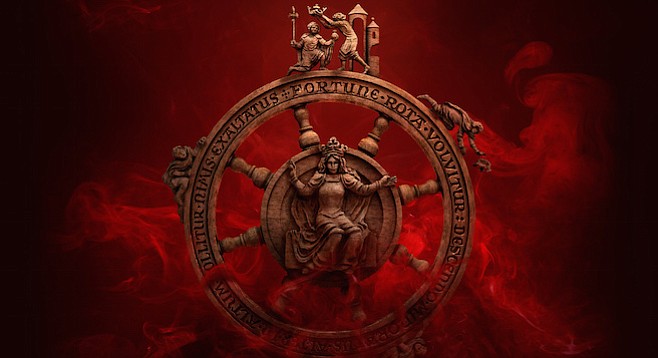 This week is blooming with classical music

Carmina Burana features sweaty gambling followed by naked men leaving the tavern after losing their clothes to the dice. There will also be lusty maidens reddening their cheeks to make the men love them unwillingly.

I’m not sure how much of this will be enacted by the San Diego Symphony and the Master Chorale, but it could be quite a spectacle. I’m guessing everyone will keep their clothes on and the makeup will be appropriate.

The La Jolla Symphony is giving a concert featuring two American titans. Leonard Bernstein’s Symphony No 1: Jeremiah will be matched with Charles Ives’ Symphony No. 2. While the Ives symphony is performed from time to time I would say the Bernstein is something of a rarity. The La Jolla Symphony continues to program quality music that is slightly outside the symphonic rut that appears to tempt many an organization. For that we thank them.

Also on Sunday, May 3, at 2 p.m. is a fairy tale-themed, mariachi-ish concert at the Balboa Theater in the Gaslamp. The Classics Philharmonic Orchestra is presenting the concert along with a mariachi group from Southwestern Community College.

Finally, the week concludes with a ballet rendition of Romeo and Juliet, but it is not the Prokofiev version. Nor is it the Gounod version, nor the Tchaikovsky version. This performance is of the Berlioz Romeo and Juliet. The French troupe Malandain Ballet Biarritz is touring this production. The performance is on Sunday, May 3, at 8 p.m. The venue is the Civic Theater.