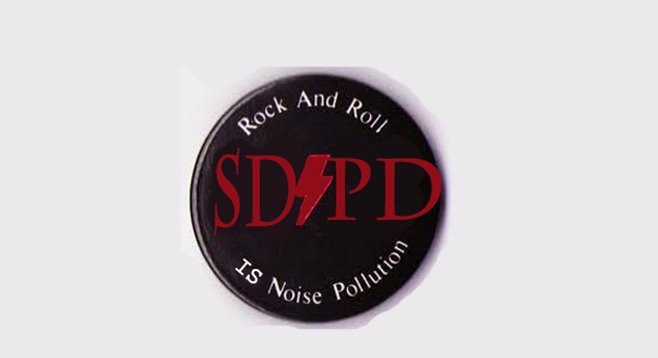 "The Defendants knew, or are negligent in not knowing, that its policies, customs and/or practices are improper and cause citizens of California to have large fines imposed without meaningful notice of their rights, or an opportunity to be heard. As a direct and proximate result of the continuing conduct of the Defendants as alleged above, Plaintiff, as well as the general public, has suffered, and continue to suffer, substantial injuries."

In March 2013, San Diego police officers arrived at Krinsky's home in response to a call that loud music was emanating from Krinsky's home. Krinsky went downstairs to meet the officers. The two sides exchanged words. Krinsky was soon slapped with a written citation that if not addressed could result in a $1000 fine and up to six months in jail.

The problem, says Krinsky's complaint, is officers were acting on their own accord. They did not have any instruments to measure the noise. In addition, there were no guidelines in place to determine whether a warning or citation be issued, leaving it entirely up to the officer.

But that is only one part of Krinsky's complaint. His attorneys say that the city's appeal process is "opaque" and ambiguous. Krinsky filed an appeal but code-enforcement staff said it was too late.

"At the same time, San Diego and the individual defendants have eroded any procedural safeguards which protect residents against arbitrary and capricious enforcement of the Noise Abatement Ordinances…. Although traditionally noise abatement violations are often considered to be petty misdemeanors, San Diego imposes relatively harsh fines and penalties for violation of the Noise Abatement Ordinances….

"Several individuals may be fined for a single violation of the [municipal code]. Moreover, repeat offenders may be subject to restraining orders, injunctions, or other orders limiting the use of their property. The [code] also provides that in certain situations the enforcing official may request a court order for the destruction of any or all of the devices amplifying or transmitting the offending sound."

This clown would be the first to complain if the neighbors dog was barking or if there was loud music coming from a neighbors. It is alright that he disturbs the neighbors because his entitlement is greater than any one else's. It should be noted that police can not be disturbed they must have a citizen complaint first. And, yes, it is officer discretion to warn or cite. Most of the time when police contact a citizen re: noise the offender cooperates. If they have to return due to additional complaints that is when a citation is issued. I bet this idiot has been complained about many times. I hope he loses big time.