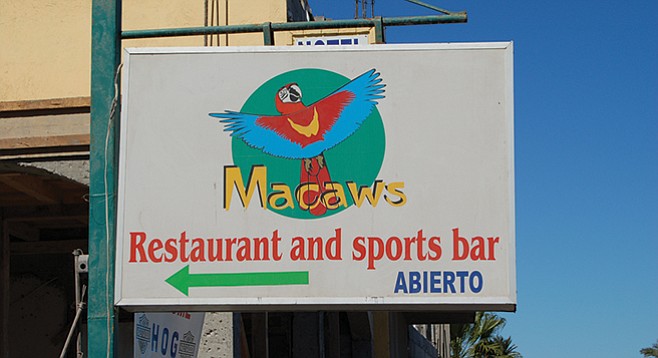 Loreto lies on the Sea of Cortez side of Baja, approximately 750 miles south of the border, and is one of the Mexican State Tourism Department’s designated “Pueblo Magicos” (Magic Towns). We had heard from friends that Loreto is today what Cabo San Lucas was 20 years ago…before the spoils of development paved the shores with resorts, commerce, and mass tourism.

We contacted Pam Bolles at Baja Big Fish in Loreto to help us put together some yellowtail fishing in the Sea of Cortez. Originally from Connecticut (where her love of fishing was born), Pam relocated to Southern California in the ’90s and then to Loreto seven years ago. She arrived as a young, single American woman in Mexico, which made her first two years as a Loreto-based entrepreneur somewhat difficult. Once the locals saw her determination, however, she got all the help she needed, her business grew, and she met her husband — ace fisherman and Baja Big Fish panga captain, Francisco.

Ursula noticed all the fishermen and surfers on our flight heading south. She immediately dubbed Loreto “Dude Town,” where a man can be a man and fish is always for dinner.

Day one, we woke up too late to get our fish freak on. That evening, we walked to town to hang out at McCaw’s, which we’d been told by an American fisherman was THE place where local expats and visiting fishermen alike go to tell tall fish tales. McCaw’s happy hour is from 4–7 and most good Mexican beers are only a buck. Their fish and shrimp tacos are as fresh as it gets and highly recommended.

When we arrived, the fisherman introduced us to a number of other middle-aged gentlemen: dropout ex-scientists, gold prospectors, businessmen, a former General Instruments engineer who had “wired” Loreto to the internet just a few years back, and (we’ll call him) Danny LeCourt, who we initially compared to “The Dude” from The Big Lebowski. At first, I was impressed that he claimed to have hung with the Beat poets in San Francisco in the ’50s and ’60s, no matter how sordid the circumstances (he yelled to me across the bar that Jack Kerouac had tried to perform an, um, unsavory act on him). I asked Danny if he had ever met Ken Kesey. He replied, “Kesey was an A-HOLE. He always had to be in control of everything.”

Danny immediately took a liking to our company, and we were invited back to his trailer, where he broke out his best bottle of tequila. Danny’s “unique” blend of psychedelic storytelling, poetry, and XM Radio kept us entertained for hours. After we compared him to Brian Wilson, he proceeded to recite the entire “I’M FAMOUS” monologue from the Beach Boys’ made-for-TV movie, word for word and with serious dramatic aplomb.

Day two, we DID get our fish freak on. After a wake-up call from Pam, Francisco picked us up at the beach in front of our hotel promptly at 5:30 a.m. (ouch!). The ride north in the panga was overcast, chilly, and bumpy, but in a Hemingway-esque way.

After several hours, I managed one aborted bite (my line tangled in my reel) and one brief fight for about five minutes until the big one “got away.” Steve didn’t get a single nibble, pleading to the sea in his best Brokeback Mountain accent, “I WISH I KNEW HOW TO FISH YOU!” (Pam had warned us it wasn’t the best time of year for fishing.)

At the end of the day, Steve and I were barren of fish. But Francisco caught a 20-inch yellowtail and a nice, fat 18-inch red snapper off the coast of Isla Carmen. Upon our departure from the panga, he let us know that they could put the fish on ice for us and then deliver it to whatever restaurant we wanted later on. We asked to have it delivered to “La Palapa,” our new favorite restaurant in town. Steve was snoring away at dinnertime, so Ursula and I walked to La Palapa and enjoyed Francisco’s freshly caught fish served “Veracruz” style — grilled, then sautéed with salsa, onions, and black olives.