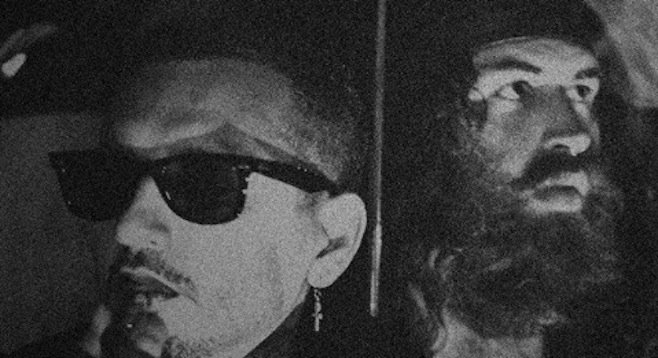 Prayers are ready to bleed

The new video from killwave duo Prayers, “Ready to Bleed,” was filmed in the alleyway behind vocalist Rafael Reyes’s home in Sherman Heights and at Saint Jude’s Catholic Church in Shelltown.

“Both are heavy gang neighborhoods,” Reyes says. “The concept is that [bandmate] Dave [Parley], who in the video represents the good saint, and I, the evil sinner, meet for the first time.”

Reyes built the concept for the video around a “shoulder check,” or, as he explains: “when someone bumps into you on purpose to test you, to see if you are gonna fight back or back down.”

“I feel that everyone knows or has experienced what it's like to be shoulder checked,” Reyes continues. 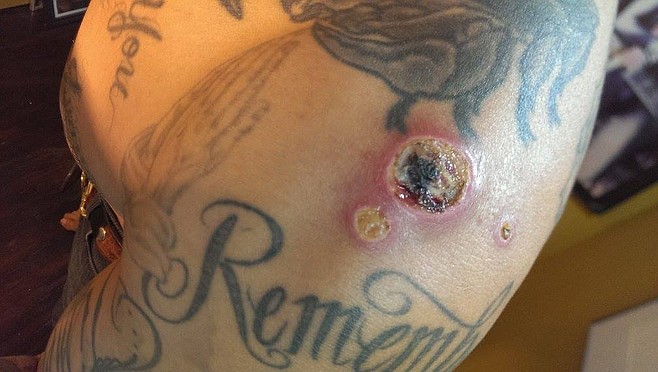 Rafael Reyes suffered burns on his shoulder during the filming of Prayers' most recent video, "Ready to Bleed."

“I grew up gang banging, so the shoulder check in my world is a big deal. I also wanted to invite the viewer into the world of Cholo Goth, and both our videos [see “From Dog to God”] do a great job of capturing that.”

During the filming of the video, Reyes can be seen with a number of candles burning on his shoulders, a stunt that resulted in a few third-degree burns.

How’s the healing process coming along?

“It's taking a lot of time,” Reyes says, “because the burn was like half an inch deep.”