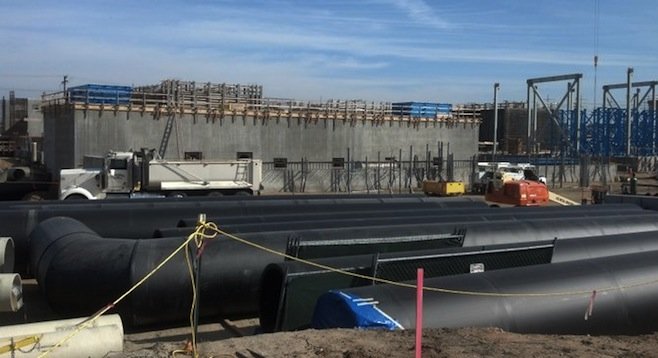 Project expected to be done in 2016

On January 8, construction on the Carlsbad Desalination Project hit the one-year mark. The venture is one in which Poseidon Water will turn sea water into potable drinking water for the San Diego County Water Authority. It is hoped that the plant will provide between 7 and 10 percent of the region's overall water supply, roughly enough to provide for 112,000 homes. 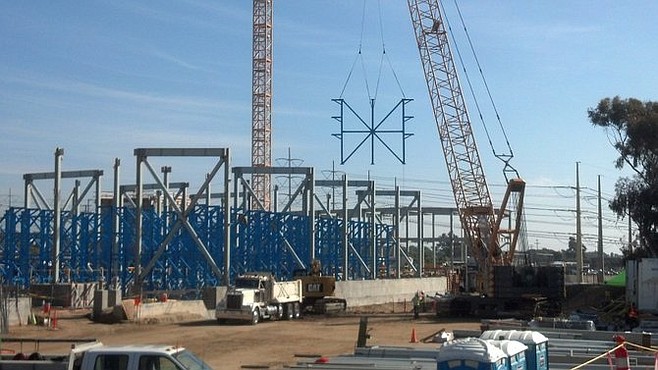 Poseidon and water authority officials invited media out to the site on Wednesday to get an update on construction progress. In prepared remarks, Poseidon CEO Carlos Riva told the group that construction of "the largest, most technically advanced and energy efficient desalination project in the Western Hemisphere" was about 25 percent complete. Two miles of delivery pipeline — six feet in diameter — have been installed, with another eight miles left to be trenched in order to transport the finished product to the water authority.

Indeed, the project faced numerous hurdles along the way, including applying for a California Coastal Commission permit (acquired in 2009) and amid criticism over the cost and environmental impacts of the project.

Wornham went on to point out other projects, such as adding concrete lining to drainage canals to prevent loss through seepage, and a nearly complete dam expansion at Lakeside's San Vicente reservoir, which will reduce reliance on the Los Angeles–based Metropolitan Water District, which has raised rates on water exports to San Diego several times in recent years.

Carlsbad's mayor, Matt Hall, was also present to praise the project, touting "over $350 million that's been put into our economy directly in Carlsbad, while it's creating over 2,500 jobs." He also gave a nod to neighboring Vista, where massive blue steel support structures — which will house 14 massive reverse-osmosis systems — are being produced.

The desalination plant is scheduled to go online in 2016, at which point it will process 100 million gallons of water per day. Fifty million gallons will be turned into fresh water and pumped to the Twin Oaks Valley Treatment Plant for further processing before being added to the general supply; another 50 million gallons of heavily salted wastewater will be pumped back into the ocean.