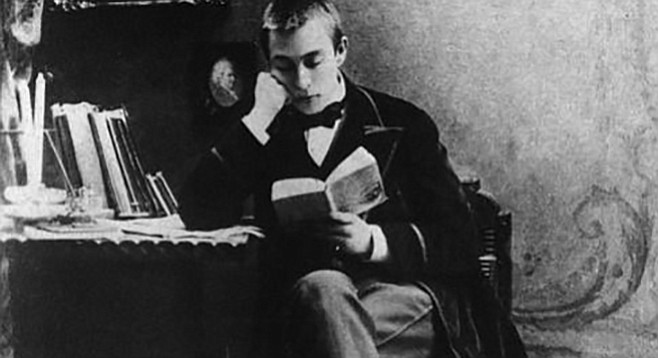 During intermission I exchanged the awkward tight-lipped smiles symphony goers give each other. I texted a few friends about the David Bruce piece which, by the way, was entitled Fragile Light. Then the lights went down and I settled in for Rachmaninoff.

David Bruce primed the pump for an exquisite experience of Rachmaninoff. The opening woodwind chord continued to stir the "stuff" right where Bruce had left off.

The sound of the orchestra was gorgeous from start to finish. At times during the first movement it felt as though things were being held back a little bit when tradition might have the tempo a little freer, but I didn’t care. The music was mesmerizing and the lead up to the great big first movement climax caused every muscle in my body to tighten. It was as if I was “Hulking out.”

The second movement flew by and then there we were. I sat in front of the third movement as an anxious participant in what promised to be an intimate sharing of Rachmaninoff’s most sensuous music.

I don’t think I’m exaggerating when I say that everyone deserves to be loved in the manner of that third movement. There is a tenderness and devotion in the texture that is joined by a host of longing. Yet this is not unrequited love. It is totally requited. Like, totally.

The conclusion of the symphony starts with Rachmaninoff forcing a smile. He tries so hard to be joyful but before long he gives it up and pours the pathos all over us.

At the conclusion of the concert I felt as though the San Diego Symphony had outdone themselves. It was an experience full of emotions both old and new.

Lovely that you occasionally run videos of music performances -- in this instance showing rather than just telling the the reader what a symphony sounds like.