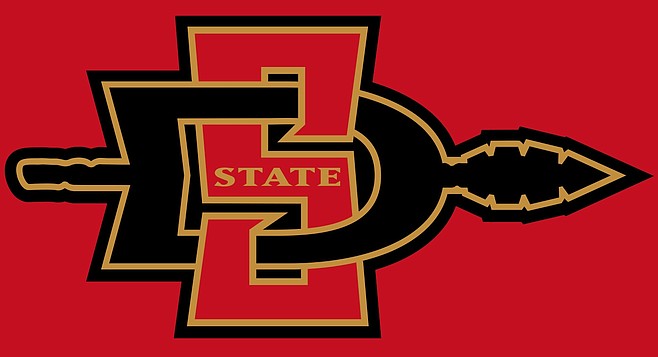 When the Associated Press Collegiate Sexual Assault Standings were published earlier this week, at least one person was not surprised to see San Diego State holding steady at number one: Chad Manhand, chief sexual assault analyst for ESPN.com. But he knows the pick was not without controversy. 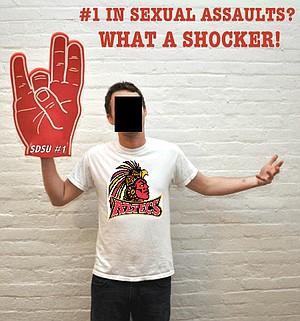 We see what you did there on your Tumblr, bro.

"Of course, there are going to be some grumblings from the East Coast. November's University of Virginia rape story was more spectacular than anything this year at SDSU, no doubt about it. For one thing, it was featured in Rolling Stone, a national print publication. For another, it was a gang-rape: six dudes plus a beer bottle. Nasty in the extreme. For still another, it sounds like it was some kind of rite of initiation for Phi Kappa Psi, the frat where it [allegedly] happened. When rape becomes traditional, that's some intense shit. It's no surprise it grabbed headlines nationwide, and it's understandable why people expected UVA to be ranked #1 in light of it.

"But the AP poll has to take multiple factors into account; it can't just go with what school's got the most notoriety at a given moment. That's more of a television news thing. And if you look at these rape stories with a dispassionate eye, you'll find that SDSU is just rapier than UVA. Consider: the UVA story is fresh, but the rape at the heart of the narrative happened two years ago. San Diego State has had seven sexual assaults this semester. And those are just the ones that made the police blotter. And lots of schools can point to a generalized rape culture, but no other university in the country can lay claim to a Take Back the Night counterprotest where dudes waved dildos at the anti-assault protestors. It takes brass balls to wave a rubber dong at angry ladyparts. Add it all up, and the choice is clear: SDSU is numero uno."

But if SDSU President Eliot Hirshman has anything to say about it, the school's reign of rape will soon come to an end. For Hirshman, it's not enough that the school's InterFraternity Council suspended frat parties and social functions following the counterprotest. "UVA suspended its frats, too," he explains. "But UVA is only number two. We're the champions, and champions dig deep and go the extra mile."

"For starters," says SDSU President Hirshman, "we are asking SDSU students to stop raping each other. When you're dealing with uncivil people, it's essential to model civility. We thought about a 'Don't rape me, bro' campaign, but figured the [Don't tase me, bro] meme was played out, and maybe inappropriate."

"Positive reinforcement is key," says Hirshman. "Going from being a person who rapes people to a person who doesn't rape people can be difficult. Especially when you're still surrounded by the same drunken party scenarios that triggered rapey behavior in the past. And let's face it: those scenarios are not going away at SDSU. These students have to know they have our support."

"SDSU's official logo features the facade of Hepner Hall, a building which is pretty relentlessly phallocentric," notes Hirshman. "You've got a small, rounded pink gateway flanked by not one but two huge white upright columns. And it's topped off with a bell tower to boot. Now of course we're not going to tear Hepner down. But it is worth creating a more gynophilic atmosphere, both so the ladies feel supported and so the gentlemen are informed. A new logo, inspired by a different building, can really be a help here. As it happens, Love Library is ready to hand: an architecturally interesting building with a more…feminine presentation. Less aggressive, more welcoming, you know?"

"What's really going to make the difference is a cultural shift in male students' attitudes toward female students," concludes Hirshman. That's why we've brought in Frat MANers, an educational team that goes after rapists where they live: in fraternities. The photo above was taken at a Frat MANers-supervised rush week at Southwestern Georgia State. That's Mandy the Mannequin there in the teddy. The pledges have to drink a 12 pack of beer, and after each beer, an article of Mandy's clothing is removed. No matter how drunk and/or naked things get, the pledges must continue to address Mandy in a respectful fashion. And they must accept that no means no, even when they're talking to an unconscious figure. And that's just one of their innovative techniques. We have high hopes for the program's success here at SDSU."