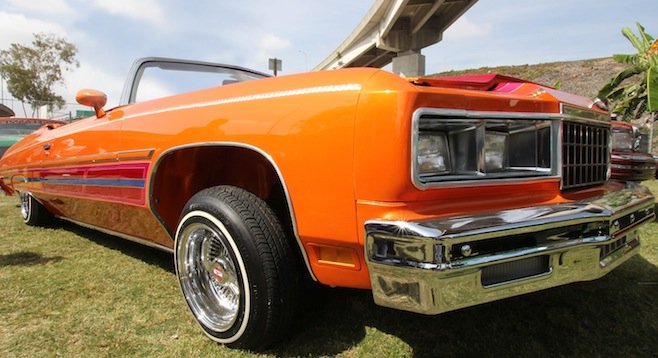 The old-school sirens were blaring as I drove through the cement pillars holding up the Coronado bridge on April 19. I pulled out my camera gear, and one of the members of the Klique car club told me that the SDPD were moving the cars off the grass, so I needed to hurry up and get the shots. 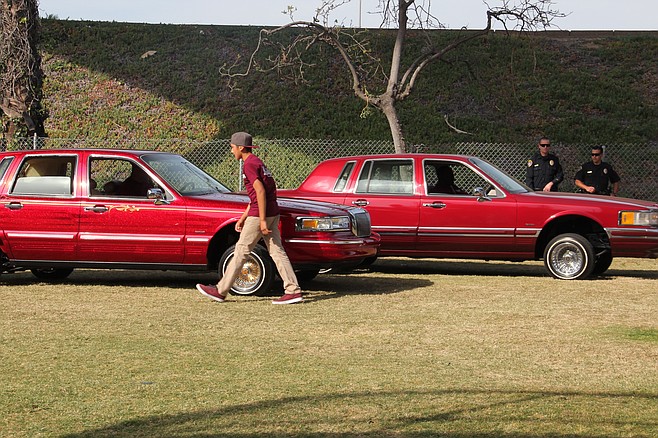 The Klique car club has been putting out some of the finest lowrider cars for almost 50 years, and to be able to witness many of them parked in the same exact spots it's predecessors parked in the mid-1970s was of historical significance.

The area by the handball park was Klique's spot, and you could tell because of the sea of burgundy shirts worn by its club members. Most of the representatives present were local San Diego Kliquers, and others drove all the way from Inland Empire, Santa Rosa, Orange, Ventura, and Phoenix to represent with its fellow members. 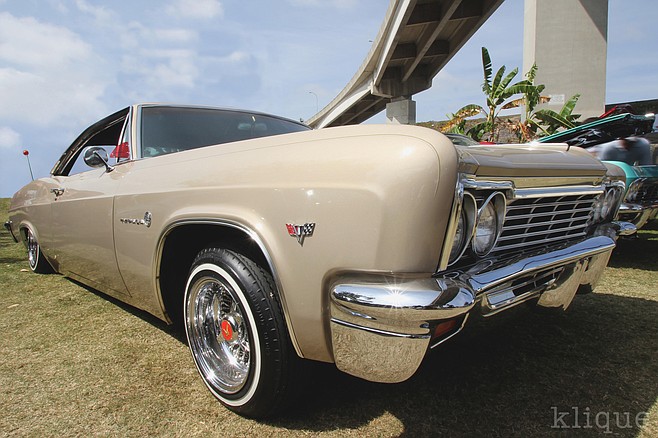 Prospective Klique members must pass a six-month probationary period before being considered for acceptance into the club. Then the head guys of the chapter will vote if the vehicle is up to par with the rest of the Klique show cars. 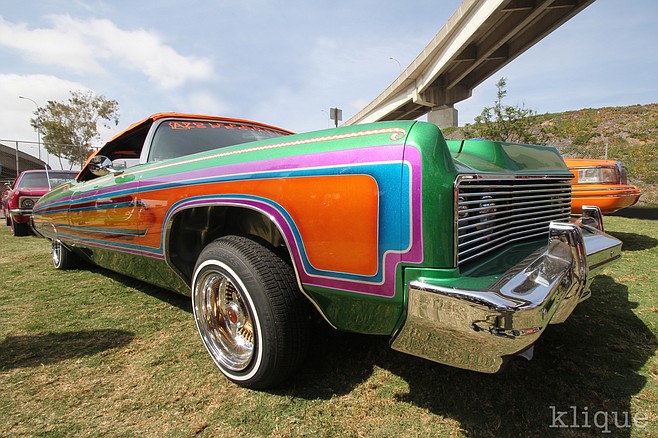 When I asked why people joined the Klique car club, the response was unanimous: because they were born into the club via their grandfathers, fathers, brothers, and friends but also the fact that the Klique San Diego chapter started in the same streets surrounding the Chicano Park festivities that day.