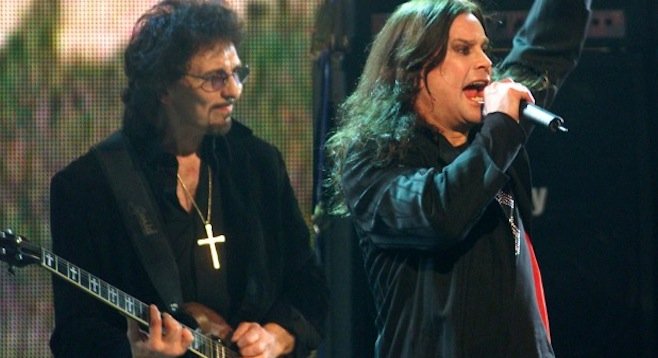 Sabbath: Once in a lifetime

On tour with Ozzy for the first time since 1979, Black Sabbath reciprocated the over-capacity crowd’s energy tenfold, the way only a truly great rock band can. While this tour is in support of this year’s Rick Rubin–produced album 13, the set list was all about classic Sabbath.

The band started out with "Behind the Wall of Sleep" off of their self-titled debut. The now-healthy Tony Iommi riffed powerfully. Geezer Butler kept time like a pro, and when it came time for his "NIB" solo, he sounded like he was 20 again. The band seemed to be working chronologically through their hits, most made famous by Ozzy's unique and powerful vocals. On this night, those Sabbath favorites had no less impact. Sounding like a true pro who has clearly taken care of his voice, Ozzy was nearly perfect; though, at one point he apologized, "I'm sorry my voice gave out a bit on that one." While the band stuck to songs such as "Iron Man" and "Snowblind," which have no exceptional vocal ranges, Ozzy delivered what the songs needed, and then some.

Black Sabbath finished with an encore of "Paranoid." The band knew what its fans wanted and gave it to them. A once-in-a-lifetime experience, seeing the forefathers of metal will forever be a lifetime highlight for this concertgoer.