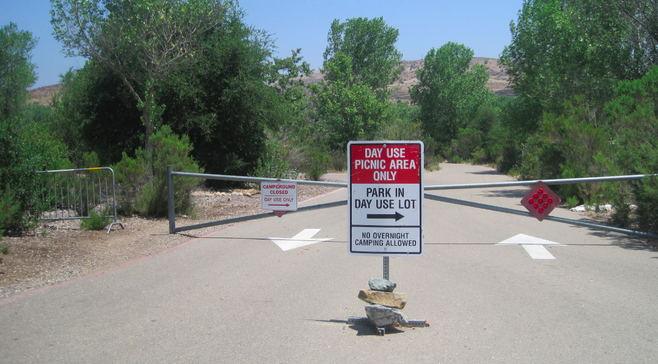 Fifth District councilman Mark Kersey and Seventh District councilman Scott Sherman, who were elected last November, called for the return of overnight camping at Kumeyaay Lake. The city ended overnight stays at the campground located in Santee on September 6, 2011, according to a city memo about the 2012 budget. The change to day-use resulted in savings of more than $181,000. Eliminating camping produced a "budgeted revenue loss" of $21,338, according to the memo.

Kersey and Sherman want $200,000 put back in the budget to reopen the campground and make improvements to the visitors' center located in San Carlos. Sherman wrote in his memo that mayor Bob Filner proposed restoring the funding in a 2013 budget report, and then the $200,000 allocation was removed.

Fourth District councilmember Myrtle Cole, meanwhile, elected on May 21, has on her priority list the construction of a community center at Bay Terraces Community Park. (The 12.09-acre park on Tooma Street is also known as Tooma Park.) Cole said in her memo that residents and park-users have waited more than ten years for the center. While the cost of the center was to be determined, Cole's memo included exact amounts, such as the request of between $500,000 to $1 million for Civic San Diego to develop a plan and environmental-impact report for some portions of the district.

Cole also asked for a $750,000 allocation for a new fire station in her district, $200,000 for the Martin Luther King Promenade Project, and $50,000 to repair the Tubman Chavez Center. She also requested funding for new sidewalks on Market Street east of Euclid Avenue to Pitta Street. "I cannot emphasize the danger to our youth and families as they walk" there to Malcolm X Library, schools, and stores, she wrote.

Cole also asked for $100,000 to support the Commission on Gang Prevention and $100,000 for AnyBody Can Youth Foundation's after-school, nutrition, and sports programs.

Scott--here's a better idea. Try to get some money to fix Navajo Rd.