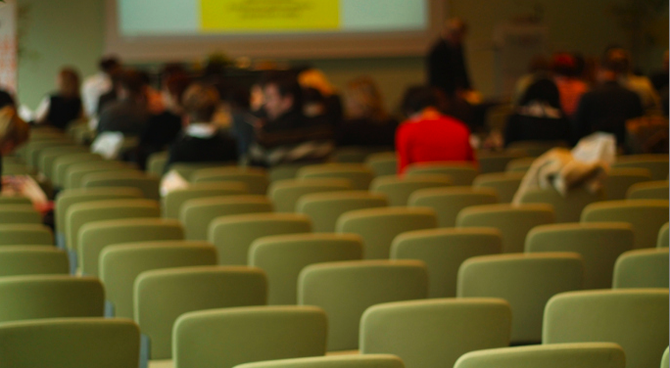 In what looks like a fairly effective way of discouraging public comment, the California Coastal Commission recently sent notices to Shelter Island-area residents, informing them that the next hearing on the proposed Point Loma Townhomes development would be held in Marin County.

According to SDNews.com, “The Point Loma Townhomes project site would be bounded by Carleton Street to the north, Dickens Street to the south and Scott Street to the west. It lies adjacent to the old Kettenburg Boatyard next to America's Cup Harbor.”

The commission's most recent hearing, held last March, took place in San Diego. The telephone number for the commission has a voicemail that no one answers, so a reason for this barrier to public participation may not be forthcoming.

Zad in Casa de Oro introduced me to quzi

Sitting down for the slacker rock kings

In what looks like a fairly effective way of discouraging public comment, the California Coastal Commission recently sent notices to Shelter Island-area residents, informing them that the next hearing on the proposed Point Loma Townhomes development would be held in Marin County.

According to SDNews.com, “The Point Loma Townhomes project site would be bounded by Carleton Street to the north, Dickens Street to the south and Scott Street to the west. It lies adjacent to the old Kettenburg Boatyard next to America's Cup Harbor.”

The commission's most recent hearing, held last March, took place in San Diego. The telephone number for the commission has a voicemail that no one answers, so a reason for this barrier to public participation may not be forthcoming.

Sitting down for the slacker rock kings
Next Article

That is an indignity up with which we should not put.

I don't get this. It seems to me they would not even be satisfying any legal requirements by holding public hearings in Marin County. Or, is it because it's the California Coastal Commission, so they are covered if they hold the hearing anywhere in California??? I still think if someone from the affected communities filed a complaint, the hearings would have to be held in the area. This is too ridiculous.

And you're right, Twister--an incredible indignity--to the people in Pt. Loma most especially.

Must be big money behind all this.

this is the result of all the mortgage fraud. the developers were the recipients of all the bubble money as people were given these loans that the banks knew people could not pay....they knew there'd be a bailout. but the developers in a weird way were the big winners. All that bailout money is owed because they were paid in full. Then those mortgage were chopped up into derivatives. That way there is no paper trail and no way to hold anyone accountable. This should be a HUGE wake-up call that we MUST disempower the Building Industry. I mean when the president of the Sierral Club is endorsed by the Building Industry and when state park lands are being sold off to developers (true story) then there is ONE BIG problem.

Jerry brown is still giving these private developers 3.6 BILLION dollars despite closing down redevelopment agencies and even if none of this is redevelopment money, the same companies are getting state tax dollars and just put it in their giant slush fund.

5.5 BILLION dollars a year is what we were giving to private developers every year while we are shutting down our state parks that cant even get 1/4 of that. The building industry also destroyed CEQA that protected us from alot of this development.

Voters MUST demand change real change. But they also must hold these guys accountable. The city continues to do business w/ delaware LLcs which hide the names of individual investors making it easy for city officials to be "investors". This is illegal under our city charter and the city ignores it again and again. They are using this time to get lands re-zoned to change laws etc. People should look at how this project is organized. Is it a delaware LLc. If so they can easily pay off politicians and officials to rubber stamp it and there should be a lawsuit.

this entire state is out of control. i discovered that 23 acres of state park land was ceded to a developer to develop in San Francisco in a "cash for land swap"...whatever they want to call it doesnt matter. they are allowing our state parks to be developed and no one is standing up to them. And its no wonder we have Toni Atkins in assembly now. SB 580 would have protected state parks from developers. it passed the senate but failed in assembly.

(b) The people of California further find that in a democracy, due process, fairness, and the responsible exercise of authority are all essential elements of good government which require that the public' s business be conducted in public meetings, with limited exceptions for sensitive personnel matters and litigation, and on the official record. Reasonable restrictions are necessary and proper to prevent future abuses and misuse of governmental power so long as all members of the public are given adequate opportunities to present their views and opinions to the commission through written or oral communications on the official record either before or during the public hearing on any matter before the commission.

...."extremely important for the well-being of current and future generations and that the public interest and principles of fundamental fairness and due process of law require that the commission conduct its affairs in an open, objective, and impartial manner free of undue influence and the abuse of power and authority."

Im gonna say that the "principles of fundamental fairness and due process of law" are being violated here and this does NOT constitute "an open, objective, and impartial manner free of undue influence and the abuse of power and authority."

Also who is paying for this trip? Where are the Coastal Com peeps staying? I bet theres a lot of quid pro quo that could be discovered here. I also bet some very important people like politicians may be involved.

You can let the CA Coastal Commissioners know how you feel about this issue, even if you cannot be physically present. Below is a link to their rules and a link to the roster of commissioners. Don't you have faith that appointed alternate Scott Peters will protect the community?

The Coastal Commission rotates their meetings throughout the state on purpose, and over the long run this actually provides the public will with MORE access to them. (Would you rather have all meetings held in Sacramento, like the majority of our state government?)

I understand that it may seem odd to adjudicate a San Diego issue in Marin County. But if you examine the commission’s agenda for this meeting (http://www.coastal.ca.gov/mtgcurr.html) you will see that there are over 40 agenda items spread out over two days, and that those items are for projects across the state. So there would be no way to please everyone here.

However, if you have concerns about this project, you need not attend a meeting to be heard. The commission accepts written comments as well, and I believe they are legally obligated to weigh those comments just as heavily as in-person speakers. In addition, all of their meetings are broadcast live from their website.

So I think this criticism is a bit misplaced. Stories like these, which seem like they were written intentionally to stir up irrational anger at government, do nothing to help public discourse.

On the contrary, stories like this get information to the public, so that the public gets a chance to react and have a voice in what is taking place.

Hearings themselves are considered to be mere formalities by the members of ALL governmental bodies. They are nothing but patronizing window-dressing. WE, THE PEOPLE are looked upon as rabble to be "managed." THE PEOPLE should hold their own meetings with representatives that rotate so that no one person or group is ever "in charge."

Such meetings can be structured by fives: 5 to 5 to 25 to 125 to 625 to 3,125 to 15,625 to 78,125 to 390,625 to 1,953,125 to 9,765625 to 48, 828,125 and so on until the entire population of participants have weighed in, cycling until the participant input totals reach a dynamic equilibrium. In this way, the population is honestly represented, and the products are then used to put the "elected" representatives feet to the fire. It is not CONCENTRATION OF POWER that is needed--THAT'S THE PROBLEM. Any form of mutual action that allows concentration of power within its structure will end up in the same place--dominance by the few at the expense of the many. It is DIFFUSION OF POWER that has REAL power ironic though this may seem to a population brainwashed into submissiveness to concentrated power. Such a FRACTAL "organization" cannot be controlled for any purposes inconsistent with mutualism. It has no heads to control it--or to be cut off by the power structure. It does not require massing in the streets for the power structure to videotape, electronically snoop upon, and control/terrorize, no "mad hatters and red queens" to turn everything upside down . . .