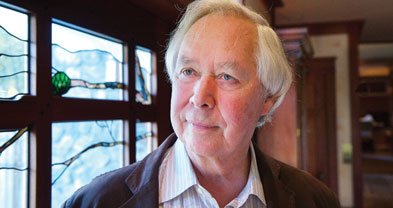 With Betfair I can bet on that nag to come last

People need to do their homework

"Something has to change at the track. We need new energy. We need to excite new people, and this new betting system is going to do that,” says Carl Hilliard in a soft voice. He’s sitting in a small Del Mar café on an overcast October morning.

Hilliard, a second-term Del Mar city councilmember and owner of ten Thoroughbred racehorses, pauses to greet acquaintances. He then returns to his subject: reinvigorating the sport of horse racing in California through the adoption of a new betting system called exchange wagering.

Hilliard trumpets exchange wagering as the winning ticket for the Del Mar track. On September 24, Governor Schwarzenegger signed legislation into law that authorizes the new betting system beginning in January 2012. All that remains is for the California Horse Racing Board, the horse racing tracks, and the racing clubs to approve it.

Exchange wagering is a form of betting in which people wager with each other online, eliminating the need for a bookmaker. Unlike the current system, it gives gamblers the option of betting on which horses will lose. And instead of sounding a last call for bets moments before the race begins, wagers can be placed up until the final furlong. Most importantly for the sport, the purse (winnings) would increase with more people betting, says Hilliard.

The Betfair Corporation, headquartered in the United Kingdom, popularized online betting in Europe nearly a decade ago and has since tried to bring it to the United States. Founded by Andrew Black, a former gambler, and Edward Wray, a former JPMorgan trader, the company is the largest online gambling exchange in the world, valued at $2.7 billion, employing more than 2000 workers, and registering 5 million bets a day.

Hilliard says that in recent years horse racing at Del Mar has lost its stride. “Only one out of 12 race horses pays for itself at the current purse level. Other states have permitted slot machines and other types of gambling at the track to supplement the purses. Horses are leaving California to race in those states. The Golden Eagle Farm [in Ramona] is a shadow of its former self. More than a few farms and training centers are shutting down,” says Hilliard, who decided to train fewer horses in San Diego County, preferring to stable them in Kentucky.

Hilliard began jockeying for exchange wagering, which he likens to playing the stock market online or to internet poker, two years ago. In November 2009, he wrote a guest editorial entitled “Getting the Big Bettors Is the Name of the Game” for California Thoroughbred magazine. In the piece, he touted the benefits that the Betfair model would bring to the sport of horse racing.

Mac McBride is the spokesperson for the Del Mar Thoroughbred Club. The problem, he writes in an October 19 email, is that although people are coming to the races, they are not placing bets.

During the 2010 season, the turnstile clicker counted 662,521 visitors to the track, an increase of 26,842 from 2009. Del Mar was the only track in the state to see an increase. Betting at the track, however, amounted to only 17 percent of the handle — the amount bet on a race. The remaining 83 percent of the handle was made online, over the phone, and at nearly 1000 gambling centers throughout North and South America.

The handle at the track plummeted 7.6 percent compared to the previous season. The Thoroughbred club raked in $78,362,626, whereas the prior season totals finished $6,451,897 higher. The total amount bet at the track was the lowest it has been since the 1970s, writes McBride.

McBride provides three reasons for the drop: the recession, betting done over the phone and online, and competition from other betting centers such as Native American casinos and card clubs. Hilliard adds a fourth reason: younger people aren’t attracted to the current system of wagering.

Sitting at Café Secret, Hilliard exchanges his proverbial derby hat for his city councilmember hat. He says the lower handle has resulted in reduced payments to the City, which needs the money to provide people who use the fairgrounds with public services, such law enforcement, fire and rescue, water, road maintenance, and street cleaning.

The past fiscal year, the City of Del Mar received $539,025 from betting at the track and from sales tax revenues from all events at the Del Mar Fairgrounds — $250,000 less than what was generated in 2007.

According to Teresa McBroome, Del Mar’s city treasurer, the City spends around $1.1 million on services provided for the fairgrounds. Add to that an estimated $900,000 annual debt service cost for refurbishing infrastructure that directly serves the fairgrounds.

However, while Hilliard believes that exchange wagering will whip the sport into shape, there are those who feel the system opens the gates for race fixing. Those concerns seemed validated in May when France banned exchange wagering. On top of that, in 2006, three jockeys in the United Kingdom were charged with fixing races and conspiring to defraud Betfair, though their cases were dismissed the following year.

Race enthusiast and Del Mar Fairgrounds advocate Richard Eckfield feels the idea of betting on a horse to lose can potentially ruin the sport and turn the Del Mar Racetrack into a haven for corruption.

“You have a race fixer’s dream come true with Betfair,” says Eckfield. “There are serious bad things that can be done to a horse in the starting gate to take it out of contention, especially at Del Mar.

“If one horse is the clear favorite and something is done in the starting gate or done by the jockey to slow him to second, and everyone is betting he will win, except the insider who knows that he will not, they can make a fortune.”

Eckfield says Del Mar will be especially prone to corruption because of the new roof constructed over the arena.

“The new roof blocks the view of the start of the seven-furlong race,” says Eckfield. “It makes it so that the stewards have to rely on TV to see what is happening in the starting gate.”

McBride of the Del Mar Thoroughbred Club agrees that the view is slightly obstructed but considers the issue a “red herring.”

“In the two years the roof has been in place, there has not been one instance where a problem or an issue was noted,” he says. “Basically, it is a nonissue.”

Local thoroughbred owner Frank Wright, managing partner of Torrey Thoroughbreds, remains on the fence in regards to exchange wagering, but he plans to keep a watchful eye. “It’s a different type of bet,” says Wright, who entered the sport last year and raises horses at San Luis Rey Downs in Bonsall.

“People need to do their homework to understand it more. My biggest concern is whether there are checks and balances. If it has any chance for corruption, I will oppose it. The sport isn’t squeaky clean, and this shouldn’t promote more bad apples.”

When asked whether exchange wagering invited the potential for race fixing, Hilliard responded, “Nothing kills a sport faster than cheating, and the industry is filled with safeguards. People will stop betting if they do not trust the system, and so far, they trust the Betfair model.”

I don't want to burst anyones bubble, but all the objections to exchange wagering and betting 'against' a horse can already be made under the existing parimutuel system. I won't go into gory detail, but anyone playing the game professionally knows exactly what I mean.

I think the Betfair model is fine if a reasonable portion of the handle flows to the racetracks and purses. It might even be an incentive for the stewards to keep a closer eye on what actually takes place under their watch.

Then they deserve what they get.