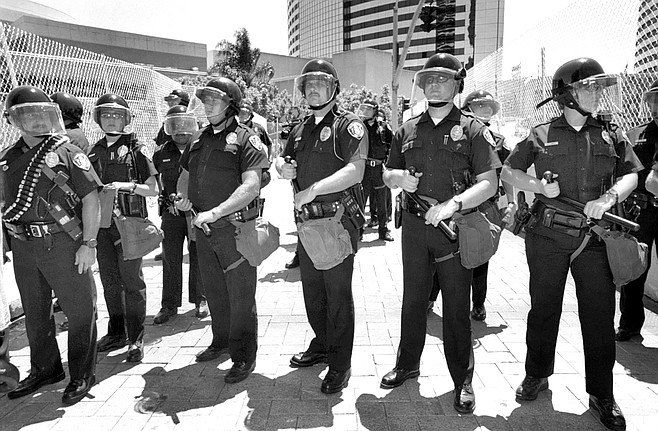 Elorduy advised Mexicans "to take safety measures when they cross, such as not walking alone at night, locking the car when they leave purchases inside, and when going to their cars never to go alone with their merchandise because there have been attacks in the parking lots."

Though he gave no specific anecdotes or statistics and did not name the report he was using, Elorduy singled out Los Angeles and San Diego as the cities where the greatest numbers of such attacks have taken place.

The governor's March 13 press conference had its root in January, when the drug lords of northern Mexico went to war with each other. Though most of the killing was along the eastern half of the 1989-mile border, Baja California hosted its share of the carnage. Thirty-six people were killed in the state by the end of January. The tally included two high-level state police officials, Hugo Gabriel Coronel Vargas and José de Jesús Bedolla Garibaldi, who were killed in their cars during ambushes in which multiple gunmen fired dozens of bullets. The ambushes, which took place on January 17 and January 12, respectively, happened in populated areas of Tijuana.

The violence prompted the United States Department of State to issue, on January 26, a "Public Announcement...to alert U.S. citizens to the current security situation along the Mexican side of the U.S.-Mexico border in the wake of increased violence among drug traffickers." 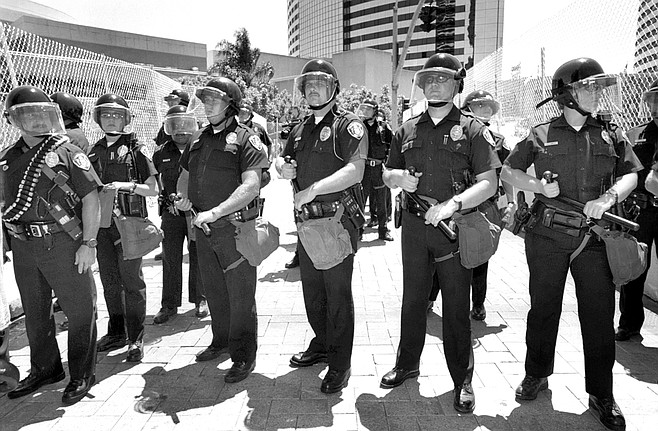 The announcement went on to give a brief synopsis of the power struggles taking place within and between drug-smuggling cartels in the border region. "The leaders of several major criminal organizations have been arrested, creating a power vacuum. This has resulted in a wave of violence aimed primarily at members of those trafficking organizations and criminal justice officials. However, foreign visitors, including Americans, have been among the victims of homicides and kidnappings in the border region in recent months.

"Mexico's police forces," the announcement continued, "suffer from lack of funds and training, and the judicial system is weak, overworked, and inefficient. Criminals, armed with an impressive array of weapons, know there is little chance they will be caught."

Despite the bleak picture of northern Mexico's "deteriorating security situation" painted in its announcement, the State Department also showed circumspection. The announcement's second sentence stated, "The majority of travelers in the region visit without mishap."

Elsewhere, the four-paragraph announcement said, "The overwhelming majority of the victims of violent crimes have been Mexican citizens," and, "The majority of the thousands of U.S. citizens who cross the border each day do so safely...."

But the State Department's circumspection wasn't enough to avert angry reaction to the announcement south of the border. Santiago Creel, Mexico's interior minister, responded, "In Mexico, we decide what to do and how to respond to organized crime."

Foreign relations secretary Luis Ernesto Derbez called the announcement "exaggerated and outside the scope of reality."

President Vicente Fox said, "Mexico laments the tendency to alarm that the public announcement to U.S. citizens could release."

And, on March 13, Governor Elorduy held his press conference warning Mexicans crossing into the U.S. to be wary. Elorduy's focus on the high risk of personal assault or robbery in U.S. border cities appears to have been a calculated effort to put the discussion on ground favoring Tijuana. Statistics compiled by the FBI for 1999 show that while Tijuana had 408 murders and San Diego 57, the former had only 1185 "assaults and/or robberies" while the latter suffered 6999.

Local politicians also weighed in. Tijuana mayor Jorge Hank Rhon predicted a drop in tourism. "Without a doubt," he said, "it will affect us."

Francisco Panduro is a Tijuanense who, for 15 years, has made his living coordinating group excursions to northern Baja California. His clientele consists mainly of American conventioneers who are staying in San Diego and want to spend a day shopping and dining in Mexico. Since falling to absolute zero after September 11, 2001, Panduro's business had been slowly climbing back up until the State Department's January 26 announcement. "For someone like me," Panduro complains, "who is in the tourism business, a warning like this is very damaging. It has cost me already. Several groups have canceled. One, for example, was one of these major insurance companies in the United States that were doing a convention in May, and they had some group activity planned for Tijuana. Now they canceled everything. A couple hundred of them were going to come down. They are not stopping them from coming individually, but the company is not sponsoring or endorsing any group trips down here." 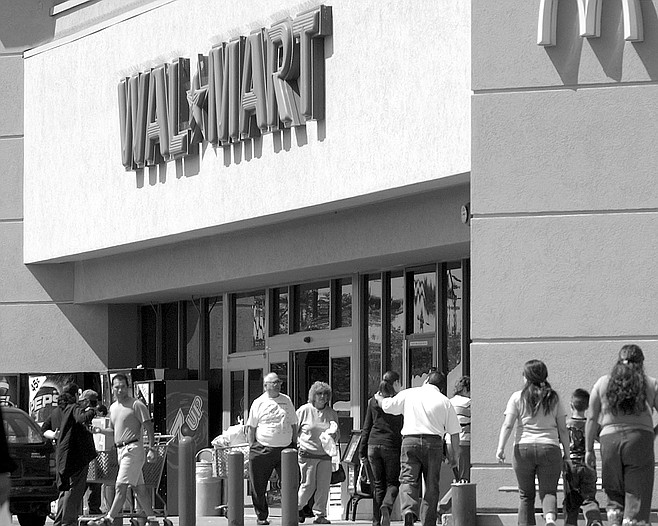 Panduro believes the strong reaction from officials in northern Mexico is an indication of the region's dependence on American tourist dollars. "The state department is messing with our livelihoods here," he says, adding that if Mexicans stopped spending money north of the border, Americans would have a greater understanding of Mexican anger over this issue. "People here always say, 'Let's all not cross for a week, and then we'll see who is really hurting.' Because San Ysidro, Chula Vista, and other parts of San Diego survive because of Mexican money. I went to the Wal-Mart on Palm the other day because they had a 32-inch Sanyo television that was on special for $247. But a lady there told me, 'We ran out of them. You know, we have all these Mexicans coming in, and they sold out very quickly.' "

Average Mexicans, Panduro says, do not fear the violence because it's generally confined to the drug trafficking and law-enforcement worlds. He understands how it might appear looking south from the states, but he says the view north isn't much different. "They kill people everywhere," he says. "I mean, look at the shooting last week at the school in Minnesota. And what about the guy at the courthouse in Atlanta? That's why, to us, this announcement looks like the U.S. is saying, 'Sure, there are killings in our town, but don't go to Mexico.'