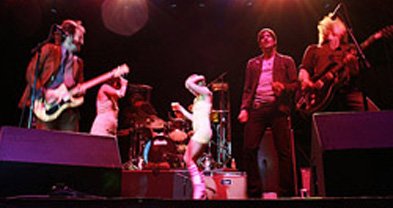 Greg Friedman picked up his first guitar at 13 and became a fixture in Baltimore and Washington DC’s thriving punk rock scene. He later studied at Peabody Institute, where his classical training along with his punk fury, fueled his appetite for new musical challenges, resulting in a move to San Diego.

Still, he says he and his wife “had to have all the rugs removed” before moving into the former party house of the UCSD water polo team. About living in La Jolla, Friedman says he enjoys “the view from the canyon at sunset” and dislikes the fact that “La Jolla is not actually a word in Spanish.”

Then, “The Truckee Brothers broke up quietly...Cady Truckee [Christopher Hoffee] ended the band in 2010,” says Patrick Dennis. “Everyone are in other bands and living their lives beyond what the Truckee Brothers were, but the band no longer exists. We didn't feel it anyone's business at the time,
and none of us have exploited it to help our subsequent projects.”

Friedman released another solo album in 2013, Can’t Talk Now, which sported one of the last album covers designed by famed artist Storm Thorgerson (Pink Floyd, Peter Gabriel, etc.), who passed away in April 2013.