FIGMENT: the art of inclusivity at Chicano Park

If upper-crust art openings at exclusive venues leave you feeling alienated from creative expression, FIGMENT is for you.

“The primary intention of FIGMENT is to build community through art,” says festival co-producer Nicole Hickman, who also volunteers as a Burning Man regional contact for San Diego. 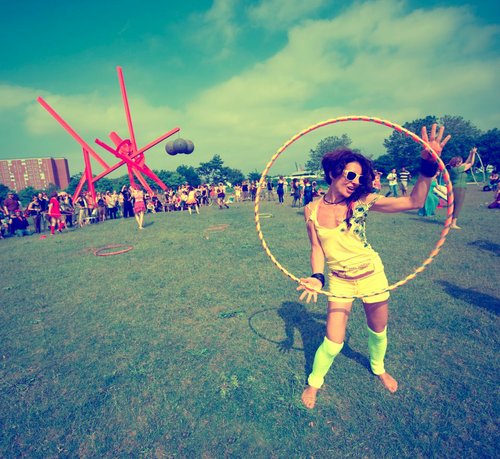 “And not just the Burner community, but the community at large outside of the Playa and the San Diego Burner community. FIGMENT calls out to everyone to participate in making art, people of all ages and community backgrounds. By encouraging inclusive participation on the part of everyone, FIGMENT helps people step outside the boundaries of sometimes insular communities and come out and play and build a larger community through art.”

Hickman was inspired to initiate a San Diego chapter of FIGMENT after attending a Burning Man Regional Summit, where FIGMENT’s executive director, David Koren, showed a video about the festival’s seven-year running installment in New York.

FIGMENT: What are you bringing?

Hickman says that Chicano Park was the obvious location for her and festival co-producer Brady Mahaney to hold the day festival.

While FIGMENT is not strictly speaking a Burner event, Hickman notes that it was started by a few Burners and others with a mission to bring interactive and participatory art to a broader community.

As such, the festival encourages everyone to attend.

FIGMENT now has chapters in Boston, Jackson, and Detroit that build on the 10 principles of Burning Man, an annual Nevada desert festival, to construct their 11 principles.