Last month, a six-block stretch of El Cajon Boulevard (between Euclid and Highland) in City Heights was officially designated “Little Saigon Cultural and Commercial District,” highlighting a neighborhood where nearly three-quarters of businesses are owned by Vietnamese-Americans.

Tickets are $5 for adults and $4 for children. 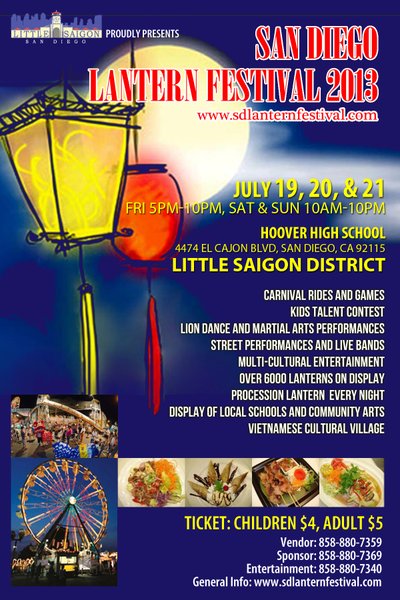