Friday's closing night party for Toe The Line Art Show celebrates the art of folks who all just happen to be tattoo artists.

One of the goals of SD-Too.com, besides being an online tattoo artist directory for San Diego, is to “expose the art of local San Diego tattoo artists to a wider audience.”

By the looks of the over 350 people that showed up to opening night of their Toe The Line Art Show in January, their goal may have been accomplished.

Partnering with Tonya Van Parys of Avalon Tattoo and Planet Rooth Studios, the trio are throwing a party for Toe The Line Art Show's Closing Night on Friday, March 1 for all those who missed the non-tattoo art pieces of these tattoo artists the first time around, or who just want to have another looksy. 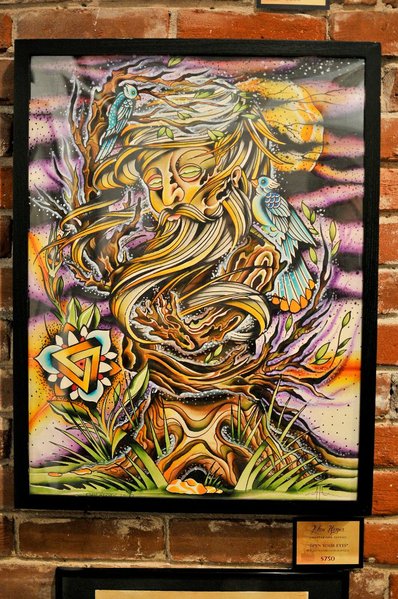 Featuring the “gallery-quality” art of these local tattoo artists:

Trumer Pils will be on tap to quench your thirst while DJ’s Vitamin J and Cool Ruins behind the decks.

One-man band Low Volts will also be playing a live set with his “60's Silvertone & a 20's kick drum laden with tambourines”.


The head guru of Planet Rooth Studios, Gustav Anders Rooth, will also be celebrating his birthday that night – the final ingredient to a good party. 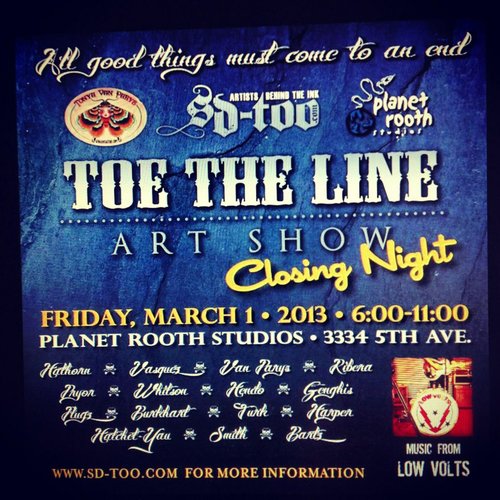