Self-proclaimed “dirt pop” band The Short Eyes will be inaugurating a new art/music monthly to be held every last Thursday at El Dorado.

“The vibe is meant to be an art show that's a bit rough around the edges, a definite rock and roll atmosphere,” writes Short Eyes singer Sean Sanders. 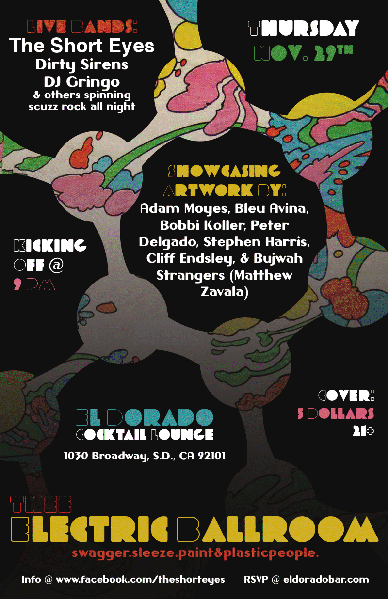