To break the traditional set-up of theater - actors up there, audience down here - the La Jolla Playhouse began its site-based, "Without Walls" series two years ago. Its first production, Susurrus, took place at the San Diego Botanical Garden in Encinitas. As you followed a path through gorgeous foliage, an iPod told a story that fit each stop. The second production, The Car Plays: San Diego - short works performed in cars - was so popular the playhouse will bring it back next year.

Unlike the other works, this years' is in a less experimental locale: a restaurant-lounge (Martinis Above Fourth), with a small, raised bandstand. It's the traditional separation, the difference being that the "set" is live: waiters serve food and drinks. Cone-shaped martini glasses clink and drain throughout.

Keith Bunin set the 90-minute play at the Bon Soir, one of Greenwich Village's most popular clubs in the late-Fifties, early-Sixties (a young Streisand sang there, also Ethel Waters and Kay Ballard).

This evening's entertainer, Sam Bendrix, used to tend bar at the club. Now he's replacing the headliner. As he grabs the floor-mike, he announces that it's his last show in New York. He wants to explain why, but can't. It's 1958. Sam is gay, and Stonewall is 10 years hence. If he reveals his sexual preference in public, he could be arrested.

But as he stares at a reserved, and empty, chair in the front row, Sam decides to "out" himself, regardless of the consequences, and tell his tale of unrequited love.

The songs he sings do it better than the script: Weill's "That's Him," especially, and "The Gentleman is a Dope," from Rodgers and Hammerstein's Allegro, along with other favorties (Cole Porter, Harold Arlen) from the "Great American Songbook."

Luke MacFarland (of the TV show "Brothers and Sisters") plays Bendrix. He also plays the cello, at one point, and mixes a mean, four-layered Pousse-cafe, at another. As a singer, his voice is more attuned to the ballads than the up-tempo or more belted numbers. He's always an engaging presence, though his story at times verges on the generic and, even when emoting, his voice maintains a smoothness that cuts against the situation.

The period sets it apart. As Bendrix sings the familiar songs, his personal crisis changes their meaning. He shoots a code through - or, in some cases de-codes - what seemed to be the heterosexual lyrics of, say, "You'd Be So Nice To Come Home To." The songs gain a new resonance, and also reflect how they may have been received at the original Bon Soir.

The first storm of the season rages out side. The piece could use more of one inside. Except for a few references to police raiding the club (Charlie Reuter's excellent, back-up trio of musicians could react more here), there's little sense of urgency - or of what a radical, possibly even life-threatening choice Bendrix has made. 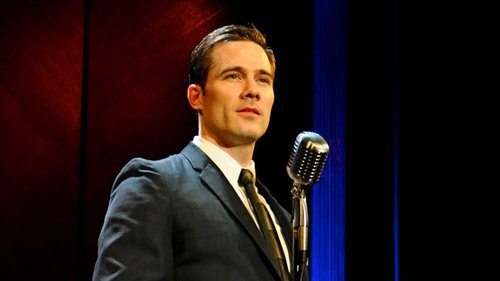 Jeff, you'll forgive me if I'm a bit of a stickler about song attribution, but ... that's Kurt Weill's and Ogden Nash's "That's Him." Since the song is so very verbal, we should always remember the man who wrote those words.

(For the record, it came from ONE TOUCH OF VENUS, and it was sung by Mary Martin.)