Basswaves: B. Cute's Art of Sound

Hillcrest’s crown jewel, the Ruby Room, is no stranger to bass.

Home to rumbles such as the monthly trans-genre EDM night SD Union and the occasional installation of Uptown Ocean Beats, the Ruby Room is one of San Diego’s top venues in underground electronic music.

So it only makes sense that Ruby co-owner Brittni Cute’s next art exhibit, Basswaves, is a study in how sound translates onto a visual medium.

From the press release:

“Basswaves focuses on bass in reference to its use in electronic music and as a singular component of music. From haunting to serene these abstract images cover a vast introspection of the subject at hand.” 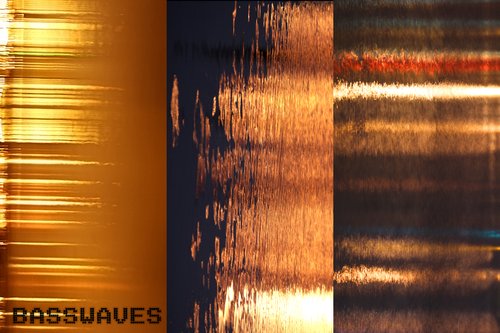 Basswaves premieres on Saturday, October 13 during Ray at Night at Red Crow Studio (3812-A Ray Street) from 6 to 10 p.m.

Take free Lefty’s Pizza in one hand, a cup of Lagunita’s craft IPA in the other, and browse visual waveforms to a compilation of the bass-oriented music that inspired the series.

Brittni Cute has been working as a professional fine art photographer for the past decade. Her work has been shown in galleries in New York, Los Angeles, London, Milan and her current home base of San Diego.