In Clairemont they made Election Day a somber affair by offering local voters the opportunity to cast their ballots in a mortuary.

I caught 23-year-old Jessica Leya in Front of Clairemont Mortuary on her way to vote. 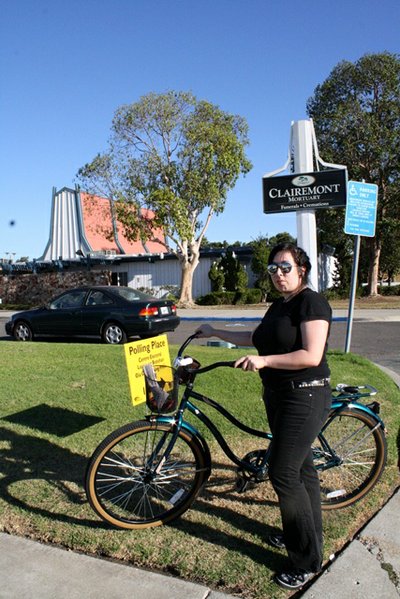 “It’s a morbid place to vote," she told me with a shrug, ‘I’m going with Obama. I was on the fence but I usually don’t vote for Republicans." 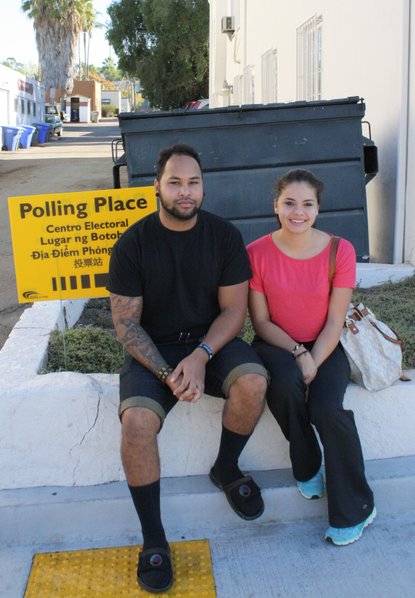 I found Andre Griffin, 24, and 18-year-old Rachel Acosta getting ready to vote.

“This is my first election. We are both voting for Obama,” Rachel told me, “You know, so we can still go to school.”

A few blocks away I found local musician Kelsea Little with a voter sticker on her chest. The 23-year old told me that she voted for Obama for two main reasons, “”Romney wants to reverse Roe v. Wade and criminalize abortion. I also voted for Obama for Gay and Lesbian rights.” 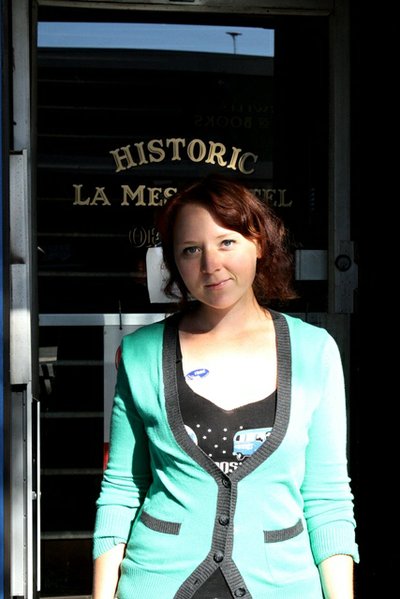 I spotted Charlene,34, and Philip Giordano,38, sharing lunch at Swamis on La Mesa Blvd. Charlene was sporting not one, but two I voted stickers on her white peasant blouse. She refused to disclose which candidate she voted for for president. Philip had no problem telling me why he cast his ballot for Mitt Romney. 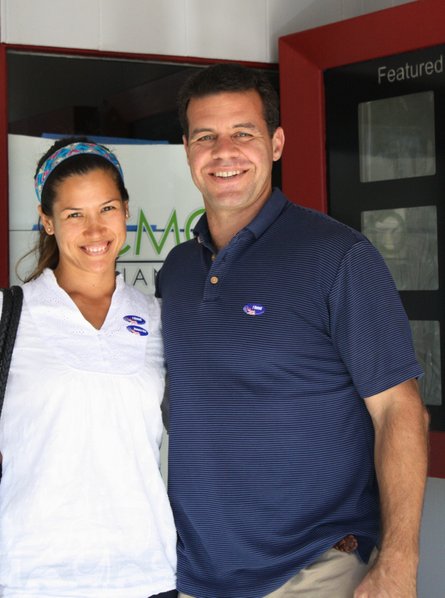 “It was a fiscal decision. We are headed off a cliff. We can’t handle a trillion dollar deficit year after year,” he told me

Still time to get out and vote. Do it.