Entrants were given four themes in which to submit their shots: maritime trade, recreation, environmental stewardship, and public safety.

Sayer’s winning shot was taken at sunset, overlooking a host of sailboats docked in the America’s Cup Harbor near downtown.

“I prefer to think of San Diego Bay as my front yard with the most beautiful skyline of any city in the U.S.A.,” Sayer told Port officials when presented with her award plaque at a recent board meeting. The organization retains rights to submitted work to use in marketing material over the next year. 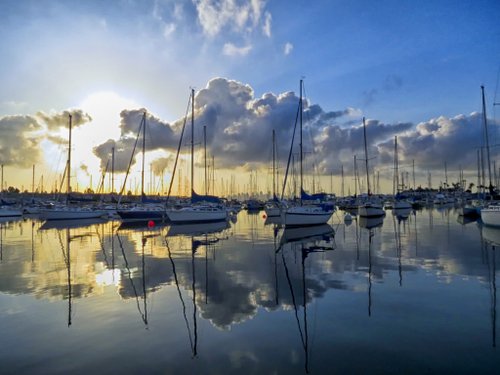