In a possible preview of things to come in San Diego's big money mayoral contest, retail giant Walmart has employed an Encinitas-based dark money non-profit to convey more than half a million dollars to a campaign for a new Walmart "Supercenter" in Apple Valley, records show. 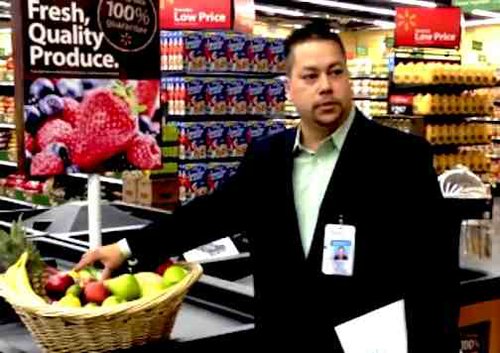 Walmart has set up a committee called Apple Valley Consumers for Choice to lead its campaign for Proposition D on the November 19 ballot in the California desert town. The retail giant is also picking up the tab for the special election, according to the Victorville Daily Press, and its direct mail pieces are already hitting local doorsteps.

“Look at the mailer; it’s signed by politicians,” said Bob Sagona, a member of Citizens for Smart Growth, which filed an argument against the Wal-Mart initiative on Aug. 27. “Where are the people? Looks like Wal-Mart bought some influence. I wonder what kind of perks they’ll be getting.”

A financial disclosure report filed with the California secretary of state’s office yesterday shows that Consumers for Choice's cash was routed to the committee via an intermediary called Citizens for Jobs and Economic Growth. It has the same Encinitas address as Scott & Cronin, LLP, an accounting firm whose political finance director Nancy Haley serves as campaign treasurer for La Jolla House freshman Democrat Scott Peters, among many other politicos.

According to an IRS filing dated July 22 of this year, Citizens for Jobs and Economic Growth is a so-called 501(c) 4 non-profit corporation, which, unlike a political action committee, doesn't have to disclose the identities of its ultimate contributors. As the Washington Post reported in May:

If you are a donor looking to influence election but do not want to reveal your identity, the 501(c)(4) is an attractive option through which to send your cash.

Crossroads GPS, the conservative group co-founded by Karl Rove is one well-known example. On the other end of the political spectrum is Organizing for Action, which is what President Obama’s campaign operation turned into after the 2012 election.

The Citizens for Jobs and Economic growth filing says its purpose is to "promote the social welfare of the citizens of California by providing a forum for research, policy development, and public education concerning the impact of retail development on job creation and economic stimulation at the state and local level."

The filing goes on to say that "the corporation conducts issue research on relevant policy matters in furtherance of its public education programs. Qualitative and quantitative research is also conducted, with the results compiled to develop a benchmark quantitative survey for citizens of affected jurisdictions."

The corporation’s president and chief executive is listed as Aaron Rios, who is Walmart's senior manager of public affairs & government relations for Southern California.

As reported here Monday, Rios took center stage in a elaborate layout and video presentation about the grand opening of a new Walmart "neighborhood market" in Sherman Heights that appeared in U-T San Diego on July 11, a week before Walmart recorded a document showing that a firm owned by U-T publisher and hotel mogul Douglas Manchester had sold it a liquor license for $65,000.

Also on the non-profit's board is Rex Hime, president and CEO of the California Business Properties Association, a Sacramento-based lobbyist for big real estate interests.

Time to ban nonprofits for the abuses they create.