Washington-based McClatchy News Service is out with an investigative report targeting what it says is a national network of lie detector experts who work part time for a major polygraph manufacturer, creating what the expose characterizes as a potential for law enforcement favoritism. 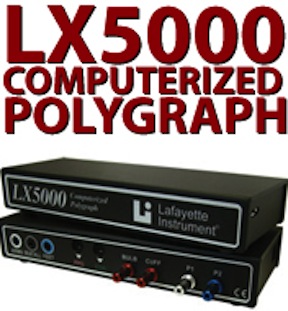 When polygrapher Walt Goodson began moonlighting for a private company, he didn’t think the law enforcement agency he worked for would care. After all, his supervisor at the Texas Department of Public Safety had worked for his company’s competitor and had approved his outside job.

But after Texas investigators found his relationship with the polygraph manufacturer to be improper partly because of his involvement in a bid, Goodson agreed it looked bad, even describing some of the company’s arrangements as “kickbacks.”

“It’s the perception of the way everybody else sees it . . . ,” he told a Texas Department of Public Safety investigator in 2008. “It stinks.”

Public employees are supposed to avoid conflicts of interest such as Goodson’s because they could give a company an unfair advantage over competitors or create a greater expense for the public agency that’s buying a product.

Even so, Goodson is one of 14 current or former law enforcement officers across the country who’ve been described by Lafayette Instrument Co. Inc. as dealers over the last six years, McClatchy has found. The officers’ listed sales territories have covered 22 states.

Retired San Diego Police Department polygrapher Paul Redden didn’t return McClatchy’s calls. He’s been listed as a dealer since at least 2007 and last year was identified as a salesman in at least one of San Diego’s purchases from Lafayette.

The police department refused to answer questions about Redden, including when he’d worked there or whether he now works as a contractor. San Diego has been buying Lafayette polygraphs at least since 2002, when it awarded a noncompetitive bid to the company, according to city records obtained under California’s open records laws.

Redden has made news here in the past regarding several nationally famous criminal cases in which he conducted polygraph examinations.

Earlier this month, TV station KFMB aired portions of a video it said it had obtained from an unnamed source of Redden's polygraph of Adam Shacknai, brother of Jonah Shacknai, whose girlfriend Rebecca Zahau allegedly hung herself from a balcony at Shacknai's Coronado mansion.

According to the station's report, neither Shacknai nor Redden responded to requests for comment.

In January 2003, a judge released 155 pages of a transcript of a polygraph by Redden of convicted child killer David Westerfield.

Redden's voice mail system says he's currently out of town and unavailable by phone. We've left an email with him.