Carlsbad man was killed by shotgun blast in his own garage

Jury selection is set to begin Monday, for a man accused of gunning down a homeowner in his own garage in Carlsbad, two years ago.

Joseph Robertson Verkade, now 36, is accused of being part of a group that demanded money and drugs from 63-year-old Michael Sahagun.

One person in the group reportedly told investigators later, that someone demanded Sahagun to empty his pockets and put his hands up, but the stubborn 63-year-old man refused. It is alleged that Verkade was the one who threatened with the sawed-off shotgun, and Sahagun was reported to have said, “Well, then shoot me.” He was shot a little before 1 a.m., according to neighbors who dialed 911.

Michael Sahagun was declared dead of a “shotgun wound of the chest” at the scene, by county medical examiner Dr. Jonathan Lucas.

Neighbors near the home at 3556 Valley Street in Carlsbad phoned police after midnight that Friday morning, April 1, 2011. They heard a blast and then a woman screaming, according to witnesses who testified at a hearing later, in March 2012.

Multiple witnesses testified that homeowner Michael Sahagun allowed only limited access to his locked garage, and that persons who wanted entrance were required to ring a bell. Michael Sahagun is said to have called his exclusive garage his “man cave.”

Carlsbad Police Detective James Willis testified at a preliminary hearing, saying he interviewed various suspects for this case. Det. Willis said it appeared that a group of persons went to Sahagun’s home to “collect” a supposed debt, and hoped to rob him. Informants reportedly said it was Mercedes Tiffany Yorba, 22, who began a fatal series of events when she phoned around looking for help to collect a “drug debt” from Sahagun.

Joseph Robertson Verkade, who is said to go by the moniker “Joker,” is now charged with murder and personally using a sawed-off-shotgun, enhanced with special circumstance allegations of murder during robbery and burglary. He could face life-in-prison without parole, if convicted.

According to court records, Verkade has prior convictions out of El Dorado and Sacramento and Los Angeles counties, starting in 1997. These are different drug crimes and one felony grand theft described as “taking from the person of another.”

Verkade was on probation for a 2010 drug conviction in San Diego County at the time of the alleged shooting in April 2011. He is held in lieu of $10 million bail, and pleads not guilty to all charges through public defender William Stone.

Eight persons were charged in this case, and five of those defendants made plea deals, according to prosecutor Matt Greco. One defendant, Grant MacGregor Hunter, 25, was found guilty after trial earlier this month; he is scheduled to be sentenced June 3, 2013. “His sentence will be two consecutive life terms without the possibility of parole, plus six years,” prosecutor Matt Greco said. 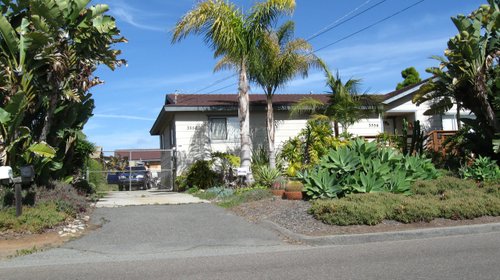 Home in Carlsbad where man was reportedly killed in his own garage. Photo Weatherston. 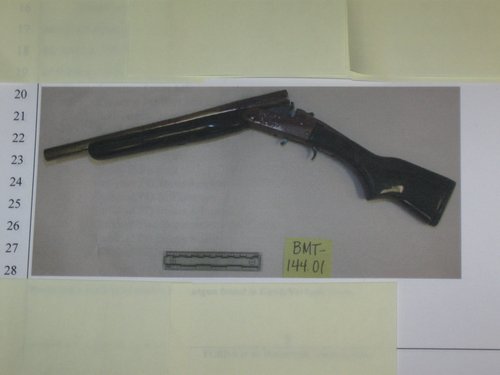