A family of science fiction and fantasy enthusiasts from Carmel Valley has launched a Kickstarter campaign seeking $4,500 to pay for illustration and publishing of Finstin, the second release from father Henry Herz in collaboration with his sons Josh and Harrison.

Finstin is a 32-page science fiction picture book about an alien boy's adventures while lost on a distant planet.

Nimpentoad, the trio’s first book, has sold 1,300 copies, with another 3,600 digital downloads during a Kindle giveaway campaign. That work has an overall 5 star rating from 92 Amazon reviews, though the family failed to raise $3,000 via a February 2012 Kickstarter campaign that would have funded an advertising campaign for the self-published book. 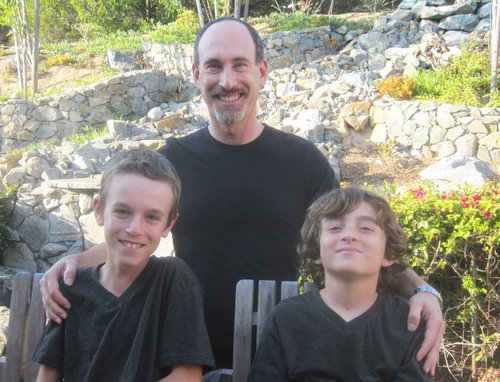 An undisclosed portion of the Kickstarter funds, if they’re raised, will go to illustration fees for Ken Meyer Jr., a longtime acquaintance of Herz. According to Herz:

By helping publish a book by kids and for kids, you will be promote reading, writing, and entrepreneurship. I'd like to tell you that the young authors' profits from book sales will go toward their college education. In all likelihood, however, they will fund the purchase of LEGOs, designer vinyl toys, and consumer electronics. While that doesn't sound especially laudable, it does offer the advantage of distracting them from their diabolical Stewie Griffinesque plans of world domination.

“We did make enough money on Nimpentoad to fund the next book,” Herz tells the Reader. “But we wanted to try a Kickstarter campaign because then we'd not only have funds for the illustrator, but we'd have a built-in audience ready for the book's release.”

The campaign runs through April 11, and as of the morning of March 13 had garnered 2 pledges totaling $25 in just over one day online. 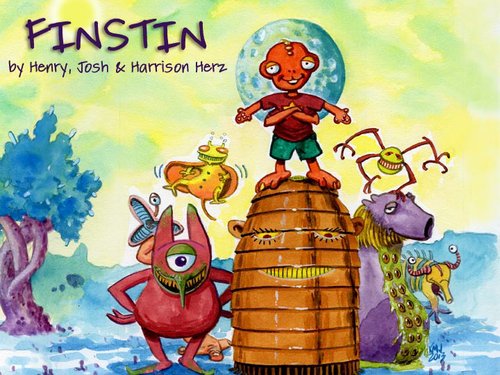 Sounds like an interesting publishing project! Artist Ken Meyer, Jr. is a former San Diegan whose work was featured in a 2008 Reader feature - http://www.sandiegoreader.com/weblogs...