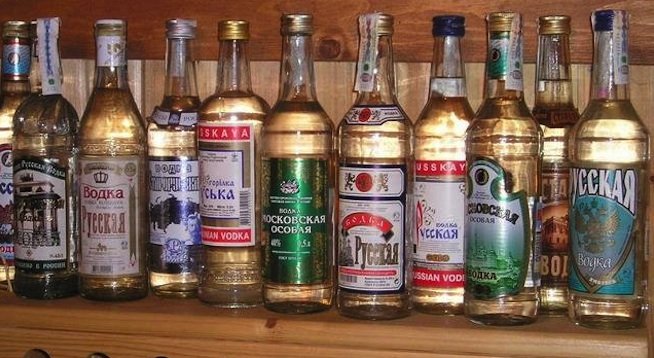 Suspect grabs bottle of his own and strikes back.

A liquor store clerk in La Mesa and the suspect in an armed robbery are both likely nursing head wounds today suffered following blows delivered via glass bottle.

On Monday night, La Mesa Police officers responded to a robbery call at Sierra Market on the 3800 block of Massachusetts Avenue. On arrival, they found the 68 year-old clerk bleeding from his head.

The robbery suspect, described as a 30-35 year-old heavyset black male standing about 6’2” with a goatee and wearing a curly blonde wig, entered the store and walked behind the counter. When confronted by the clerk, a struggle ensued, resulting in the clerk being struck in the head with the suspect’s gun.

After demanding the register be opened, the victim grabbed a bottle of liquor as the robber filled his pockets with cash and struck the suspect in the back of the head. A fight once again broke out and continued from the counter into one of the aisles of the store. At this point the suspect grabbed a bottle of alcohol himself and used it to strike the victim in the head again before fleeing to a car waiting outside.

As the victim was transported to a local hospital for contusions and lacerations to the head, officers recovered the weapon used in the robbery, which turned out to be an airsoft gun. The suspect remains at large.