Gloria spends less than $4,000 on political causes and donations in the weeks before and after election

City Attorney Jan Goldsmith isn't San Diego's only politician who has stashed away tens of thousands of dollars in campaign contributions. Add city council president Todd Gloria to the list as well. 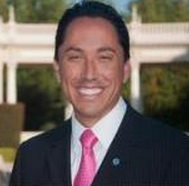 Gloria, who like Goldsmith ran unopposed in the last election, reported having $54,981 left in his campaign committee's bank account.

In the months leading up to November 6, the second-term councilmember raked in campaign donations from a variety of sources including Ace Parking executive Keith Jones, lobbyist Matthew Peterson, Steve Scott, an executive for One Paseo developer Kilroy Realty, as well as a handful of donations from those associated with downtown development firm, Oliver McMillan --see Matt Potter's October 12 story to see a long list of pro-Gloria donors.

Despite the hefty bank balance, Gloria wasn't writing many checks in the weeks before and after the election.

A newly posted campaign disclosure shows the District 3 council representative spent less than $3,900 from October 21 to December 31of last year.

Of that $3,900, Gloria wrote a check to the Firefighters Community Responsibility Fund for $1,000.

He also paid $253 for a hotel room in Long Beach to attend a conference held by the Gay and Lesbian Victory Institute, admission to that event was $273.01.

Other expenses included $252 on an "inauguration lunch" for him, 12 staffers, and three family members as well as over $1,000 on campaign services.