A day after a contretemps yesterday, in which Democrat Filner singled out GOP city attorney Jan Goldsmith as the bad guy in the pot shop crackdown, and Goldsmith fired back, saying that Filner could lift the crackdown by his own authority, the mayor issued his letter to city development chief Kelly Broughton:

I am writing to direct the Department of Neighborhood Code Compliance to stop targeted code enforcement against marijuana dispensaries in the City of San Diego immediately.

Further, pursuant to a letter from the City Attorney dated January 9, 2013, I am directing your Department to stop sending dispensary code enforcement cases to the City Attorney's Office for prosecution.

To be clear, if there are general code enforcement or health and safety issues arising from these businesses, you are expected to enforce those laws against these businesses in the same manner you would any other business.

As we noted here in October, Duffy, leading the Obama administration's crackdown against marijuana here, gave money to Filner's opponent, GOP city councilman Carl DeMaio and criticized Filner in public, part of what some said was an effort by federal officials to head off Filner's pro medical marijuana policies:

The Duffy dust-up in the U-T is only the latest indication that the federal law enforcement establishment here has unofficially thrown its weight behind Republican DeMaio. 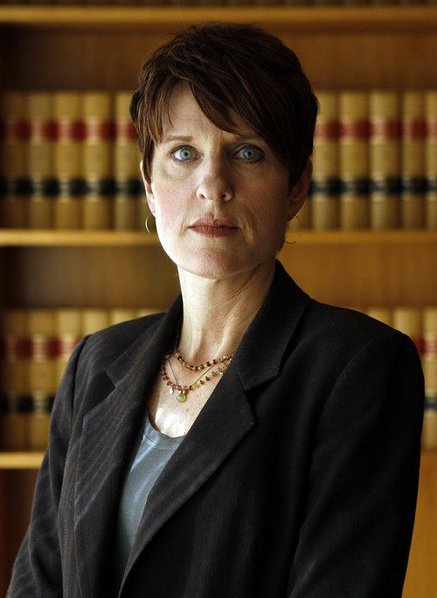 As previously reported, DeMaio was a guest of honor at the ground breaking for a new $223 million FBI regional headquarters in Sorrento Valley, being built by Las Vegas developer Irwin Molasky, a long-time associate of the late mobster Moe Dalitz.

According to city hall records obtained under the state public records act, DeMaio's office assisted Molasky in an attempt to hasten construction of the huge building over the objections of a neighboring property owner and some city employees. In turn, Molasky, his family, and employees of his Las Vegas-based development arm have been heavy donors to the DeMaio mayoral campaign.

More than a few local political observers also speculate that DeMaio's hard line on the regulation of medical marijuana versus Filner's more liberal position on the matter may also be influencing behind-the-scenes involvement by federal law enforcement in the campaign here.

Duffy has been a chief actor in the Obama Justice Department's crackdown on medical pot operations in the county, causing the ACLU here to accuse her of "unjustified interference in local legislative matters."

So far there has been no official response from Duffy on Filner’s latest move.

UPDATE: Filner has also sent a letter to police chief William Lansdowne, ordering him to stand down from so-called targeted code enforcement against the marijuana businesses as well.

I am writing to direct the Police Department to stop targeted code enforcement against marijuana dispensaries in the City of San Diego immediately.

Further, pursuant to a letter from the City Attorney dated January 9, 2013, I am directing your Department to stop sending dispensary code enforcement cases to the City Attorney's Office for prosecution.

In addition, the mayor issued a statement to the public, saying:

As I made very clear during my campaign for Mayor, I support the use of marijuana for medicinal purposes and am committed to ensuring the people who legitimately need it for relief of pain are not kept from accessing it.

I also want to assure the residents of San Diego that there will be the utmost safeguards surrounding these dispensaries. They will not be near schools, playgrounds or any areas where children might gather. Nor will they be allowed to infringe on the quality of life in any neighborhood

I believe that, in order to be a great city, we must also be a humane city and show compassion toward those who need help in dealing with chronic pain.

I plan to bring a proposed ordinance to regulate medical marijuana dispensaries to the San Diego City Council soon.

Nothing from Duffy yet.

awesome pic! Can you do one with a squirrel on his dead instead of a racoon??

Traditionally, the carcass on Goldsmith's head is considered to be that of a ferret.

Very good, Mayor Filner. Thank you for dealing with the pols and the grandstanders in an open and Democratic manner.

Laura Duffy and Bonnie Dumanis received Federal grants to combat the Mexican Drug Cartels. Instead of fighting organized crime and gangs, Duffy and Dumanis used the Federal grants to teamed with Mayor Sanders to go after the medical marijuana community in San Diego.

An audit should be done to see if Duffy and Dumanis used the Federal grant funds inappropriatedly, on their own personal vendetta.

"Violent Drug Gangs"... THAT is what the money was for?!?

And it was used to crush the LEGAL Medical Marijuana community here in San Diego?

Think we'll read about ANY of that in Papa Doug Manchester's Union Tribune?

When Duffy "responds", Bobby-boy had better watch his back, underside, neck, and whatever part of his anatomy is vulnerable. Many things should happen, but don't bank that any will occur. Just let's us all wait and see,

Filner, or for that matter, any politician holding an excutive position is not above the law. He needs start the process to repeal ordinance(s) not just order a stop to enforcing code(s) lawfully enacted. If he can lawfully order this, then what else is in his purview?
If Mr. Filmer is so inclined to challenge the legality of ordinances, then do so through the Courts or Council, having the judicial branch of government being the arbiter of what's legal and what's not.
Our democracy functions under the rule of law, arbitrary or changes made on political whims will only lead to chaos with selective acts being enforced while others are not.
Our laws are not static and there are processes to change them. An order from a single elected official just doesn't seem to be what the founding fathers intended. In fact wasn't it exactly what they fled from in England?

JW, Per the cit atty. He has the authority

Don't bother JW with the law,he only wants it applied when it helps him :)

You quote Bob Filner as saying "I plan to bring a proposed ordinance to regulate medical marijuana dispensaries to the San Diego City Council soon."

Does anybody else think these two statements don't provide the same picture of what is actually happening?

The headline does reflect Filner's action in regard to both the code enforcement and police personnel. The ordinance comes after that. The headline is accurate.

Strong Mayor Filner (minus the bad PR generated by the media witch hunt) is the only hope San Diego has to protect them from all the BIg Business's that want to turn our city into $an Diego, where money rules...

For all those that really need and use medical marijuana legally, this is a huge step in the right direction.

Kudos to the Reader, for stepping up and providing real news about San Diego!