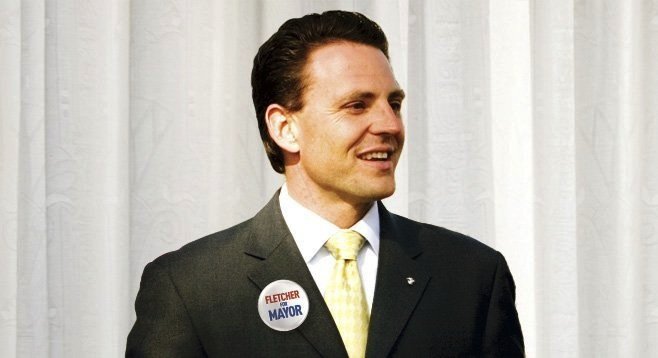 New York State Comptroller Thomas P. DiNapoli, a Democrat, has announced that he is suing Qualcomm, the San Diego-based technology company founded by La Jolla billionaire Irwin Jacobs, in an effort to "to inspect the company’s books and records to determine how shareholder funds are being spent for political purposes."

According to a news release that accompanied a copy of the lawsuit posted on the Comptroller's website, DiNapoli's action on behalf of the New York State Common Retirement Fund came after Qualcomm refused to open its books "relating to the use of corporate resources for political activities."

“As a shareholder in public corporations, the Fund has a right to be properly informed about the use of corporate funds to influence the political process,” DiNapoli said in the release.

The case was filed in Delaware, where Qualcomm is incorporated.

“Without disclosure, there is no way to know whether corporate funds are being used in ways that go against shareholder interests. The Fund has taken a leadership role in pressing the issue of disclosure of political spending since the Supreme Court’s Citizens United decision.

"Shareholders have a right to know how Qualcomm spends money in the political arena.”

The suit claims that the retirement fund's need to know more about Qualcomm's political expenditures is increased by the personal political activities of its management, including Jacobs and his son Paul.

...Senior figures associated with Qualcomm, including the Company’s current CEO as well as his father, the Company’s founder and a Qualcomm director until 2012 are widely reported to be politically active and in recent years have donated more than $2 million of their personal funds in furtherance of political purposes.

Indeed, Qualcomm’s CEO has given the maximum donations permitted under law to his favored political candidates. In addition, the Qualcomm employee PAC, which is required to disclose its own expenditures, receives - and in turn spends - considerable sums from Company personnel for use in the political arena.

As first reported here, Jacobs and Qualcomm executives have long been political money players both on the national scene and in San Diego. Paul Jacobs helped to lead the failed effort to elect Republican turned independent Assemblyman Nathan Fletcher mayor of the city. Fletcher is now an executive at Qualcomm.

Citizens United’s elimination of longstanding prohibitions against corporate political expenditures and the consequent increase in such expenditures have heightened the risk that corporate managers and fiduciaries could use corporate funds to achieve objectives which may be antithetical to the best interest of the corporation and its shareholders.

That risk is further heightened when a company’s senior management has a history of making significant political expenditures with their personal funds, and either consciously or innocently, may permit their personal political viewpoints to influence the way shareholder funds are allocated in the political arena. Moreover, as set forth below, academic studies have shown a negative correlation of corporate political spending levels with corporate value levels.

Qualcomm’s refusal to provide disclosure and its most recent denial of Plaintiff’s request for access to relevant books and records pursuant to Section 220 only enhances the Fund’s concerns about the way the company spends shareholder funds in the political arena.

Although Qualcomm failed to comply with the requests in the CII Letter or otherwise take actions to suggest that the Company recognized the value of greater transparency into how corporate funds are spent in the political arena, many other companies adopted comprehensive political spending disclosure policies. As shown on the attached Appendix A, 79 companies in the Fortune 500® have voluntarily agreed to disclose to their shareholders extensive detail about the corporation’s political expenditures.

Despite requests for increased transparency, Qualcomm continues to obscure its political spending. Qualcomm’s website lacks meaningful disclosure regarding the Company’s corporate giving. In fact, Qualcomm’s public disclosure of its political spending is so deficient that the Company received a score of fifteen out of 72 on the 2012 CPA-Zicklin Index of Corporate Political Accountability and Disclosure (the “CPA-Zicklin Index”).

Qualcomm’s lack of disclosure does not reflect a lack of political expenditures on its part. According to data compiled by the CRP on its OpenSecrets website, Qualcomm spent more than $4.7 million on federal lobbying efforts in 2012. As would be expected of a leading company in a regulated industry, Qualcomm maintains a Washington, D.C. office that is headed by a Vice President of Government Affairs, who manages the company’s legislative agenda with respect to the federal government and the United States Congress.

If we accept that corporations have no stakeholders except their shareholders, the books of a publicly-traded corporation should be open to the stockholders and public. And that would include money spent on lobbyists and making contributions to political campaigns. For one thing, I want to know if "my" money is wasted backing losers and unpopular causes. Now that corporations are legally able to put serious dollars into politics, I think the shareholders should know where the money is going.