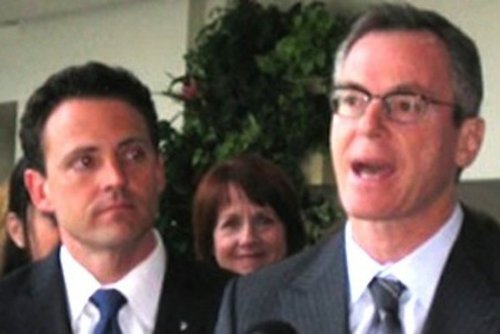 After he left the Assembly following his failed mayoral run as an independent last year, Fletcher, who has received major backing from the Qualcomm interests during his political career, was hired by the company as a development director. He subsequently became a Democrat.

In his letter on Qualcomm stationery, the younger Jacobs says:

I was outraged to learn that the Lincoln Club of San Diego – a supposedly pro-business political group – would fund a political hit piece that unfairly and incorrectly attacks one of San Diego’s largest employers.

The allegations about Nathan’s job are completely untrue, from the erroneous salary figure to the outrageous allegation that his is a “no-show” job.

While we do not disclose salary information, we have previously indicated that the figure reported is grossly exaggerated. Nathan’s salary is commensurate with other employees at his level. We do not hire “no show” employees. Our employees have always been the hardest working in the industry and our success reflects that culture.

Is the Lincoln Club so desperate and out of constructive ideas that they are resorting to attacks on private employers, forsaking their supposed principles and lying to serve a political agenda?

I demand a full apology and a retraction of this slanderous attack on our company and its more than 13,000 local employees.

The implied legal threat by Jacobs by use of the word "slanderous" to describe the Lincoln Club's hit piece appears to raise the stakes for both sides in the backyard battle for control of city hall by two wealthy La Jollans, billionaire Irwin Jacobs and mega-millionaire Manchester, who backs Republican endorsed city councilman Kevin Faulconer for mayor. 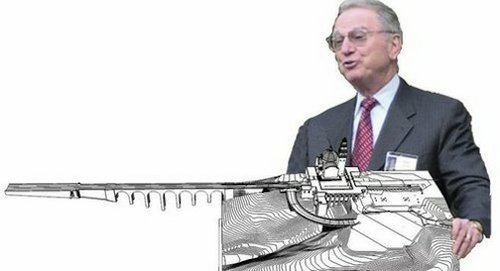 As previously reported, Paul Jacobs and the big chipmaker have already come under fire by shareholders for undisclosed use of the company's money for political activity and the firm remains under investigation by U.S. officials regarding bribery allegations by an unnamed whistle blower.

In January of this year, New York State Comptroller Thomas P. DiNapoli, a Democrat, announced he was suing Qualcomm on behalf of the state retirement fund, - a major company shareholder - in an effort "to inspect the company’s books and records to determine how shareholder funds are being spent for political purposes."

DiNapoli asserted that the personal political activities of both Paul and Irwin Jacobs increased the need for Qualcomm shareholders to know more about how the corporation's cash was being used.

...Senior figures associated with Qualcomm, including the Company’s current CEO as well as his father, the Company’s founder and a Qualcomm director until 2012 are widely reported to be politically active and in recent years have donated more than $2 million of their personal funds in furtherance of political purposes.

Indeed, Qualcomm’s CEO has given the maximum donations permitted under law to his favored political candidates. In addition, the Qualcomm employee PAC, which is required to disclose its own expenditures, receives - and in turn spends - considerable sums from Company personnel for use in the political arena.

DiNapoli went on to argue that the Supreme Court's loosening of campaign finance laws has introduced the possibility that corporate executives might improperly lavish company money on personal politics.

Citizens United’s elimination of longstanding prohibitions against corporate political expenditures and the consequent increase in such expenditures have heightened the risk that corporate managers and fiduciaries could use corporate funds to achieve objectives which may be antithetical to the best interest of the corporation and its shareholders.

That risk is further heightened when a company’s senior management has a history of making significant political expenditures with their personal funds, and either consciously or innocently, may permit their personal political viewpoints to influence the way shareholder funds are allocated in the political arena.

Qualcomm settled the case in February by agreeing to greater disclosure of its campaign and lobbyist spending, with Paul Jacobs saying in a statement, "Qualcomm agrees with the New York State Common Retirement Fund that increased transparency for election-related activities by corporations is very beneficial.”

For its part, the Republican Lincoln Club has long been a tough political street fighter.

Molasky's operation has recently been a subject of interest of GOP senator Charles Grassley regarding how the firm financed a palatial FBI headquarters here allegedly built with Chinese money and leased to the government.

Downtown lobbyist Paul Robinson, a key Lincoln Club player, has worked for both Manchester and Molasky.