Litigation targeting San Diego mayor yet to gain final approval and will be debated at February 22 meeting at the Bahia Hotel, attorney says

Who will pay the tab for that prospective lawsuit against the city of San Diego regarding Democratic mayor Bob Filner's refusal to release hotel tax money demanded by the hotelier-controlled San Diego Tourism Marketing District? 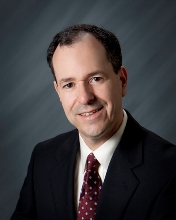 The district is largely, if not entirely, funded by city money collected as taxes on room stays here. So is it legal to use the city's own cash to sue the city?

Contacted this morning by phone, the marketing district’s lawyer, Michael Colantuono of Grass Valley, says he doesn't know who is picking up the tab for his work on the controversial proposed litigation against Filner, and doesn't want to go public with any legal advice he might have for his client on whether the district could legally use public money to go after the mayor.

Colantuono, a noted public government specialist who has served as a contract city attorney in cities and towns across California, says he also can't discuss any details of the marketing district's financing or whether private funders, including the hotel owners themselves, might step up to foot the sizable legal bill that would likely be run up should the district file suit against the mayor.

He said he did not know if anyone except the city of San Diego had provided funding to the district in the past.

Colantuono was quoted in a UT San Diego story posted online last night saying that "he expects to file suit this week" on behalf of the marketing district, which, as noted here yesterday, has traditionally channeled about $30 million a year of tourist tax money through a board composed of the city's biggest hotel owners, many who are wealthy, largely Republican political donors.

Filner has declined to sign a contract, negotiated by GOP ex-mayor Jerry Sanders, ratifying a renewed multi-decade deal to turn over the cash to the district.

Colantuono says the district - which is a creature of the state, and by California law must hold its board meetings in public, in compliance with the Brown Act open meeting law, as well as the California Public Records Act - has provisionally signed off on its plans to sue Filner and the taxpayers over the matter, but has not taken final action pending attempts to negotiate with the mayor, which the lawyer says have been unsuccessful.

A discussion and vote regarding proceeding with the action is set for the next noticed meeting of the district's board this Friday, February 22, he said, and the posted agenda shows the item docketed for closed session discussion:

CONFERENCE WITH LEGAL COUNSEL – REGARDING POTENTIAL LITIGATION ON THE MATTER OF THE AGREEMENT BETWEEN CITY OF SAN DIEGO AND THE SDTMD.

The location of the 9 a.m. event is a conference room in the Bahia Hotel, 998 West Mission Bay Drive, the hotel owned by Evans Hotels.

The board features a host of the most powerful names of local inn-keeping, including chairman C. Terry Brown, long a funding pillar of the county Republican party, and Bill Evans, whose family got its start leasing city owned hotel land on Mission Bay, and remains the biggest operator of public leasehold hotels, including the still contentious Bahia Hotel deal.

Richard Bartell, president of Bartell Hotels, whose employees and executives have given heavily to Republican ex-mayor Jerry Sanders and DeMaio, is also a member, as is Patrick Duffy, the general manager of Hilton La Jolla Torrey Pines.

And then there is John Schafer, vice president and managing director of the Manchester Grand Hyatt downtown.

The U-T publisher transferred his interest in that property to Host Hotels and Resorts, a mammoth hotel owner, in a complicated deal which included a substantial stock holding in Host, as reported by Don Bauder in March 2011.

Schafer personally gave $1000 to DeMaio's mayoral cause, according to data made available online by the San Diego city clerk's office.

The mayor's self-styled reform proposals for distributing the funds have been labeled as "non-starters" by several marketing district board members, who have long threatened to sue over control of the tourist tax dollars.

A sizable chunk of the money has been employed by the district to fund bowl games, wine and beer festivals, and the Rock and Roll Marathon, along with more conventional advertising and promotional activities.

Oh, this is too good to be true!

Good story. Didn't know this group existed, let alone that it had public meetings. Have to think it's impossible for them to sue with public funds. Let's hope it's declared illegal and that residents demand changes from these greedy self-dealers.

What a great story -- a model for other journals around town in the who, what, where, when and why of things San Diego. Sounds like Chicago to me.

It tells us who these hoteliers are who threaten to sue the city that provides a portion of its Transient Occupancy Tax for their narrow purposes -- with the complicity of the past City Council and GOP Mayor Sanders -- how they spend it to boost their own enterprises, the extent to which they back local politicians with hefty campaign contributions, and that they will be meeting Friday to decide legal strategy against the city at the Bahia Hotel -- whose owner got a renewed long-term sweetheart deal approved just before Mayor Bob Filner took office.

How can Colantuono be part of this? He purportedly was a great lawsuit avoider in Calabasas:

Colantuono's made campaign donations to Al Gore, John Kerry, Diane Feinstein, Bob Casey, other Dems, the DNC, and Act Blue. His relationship with the hoteliers here seems a bad fit.